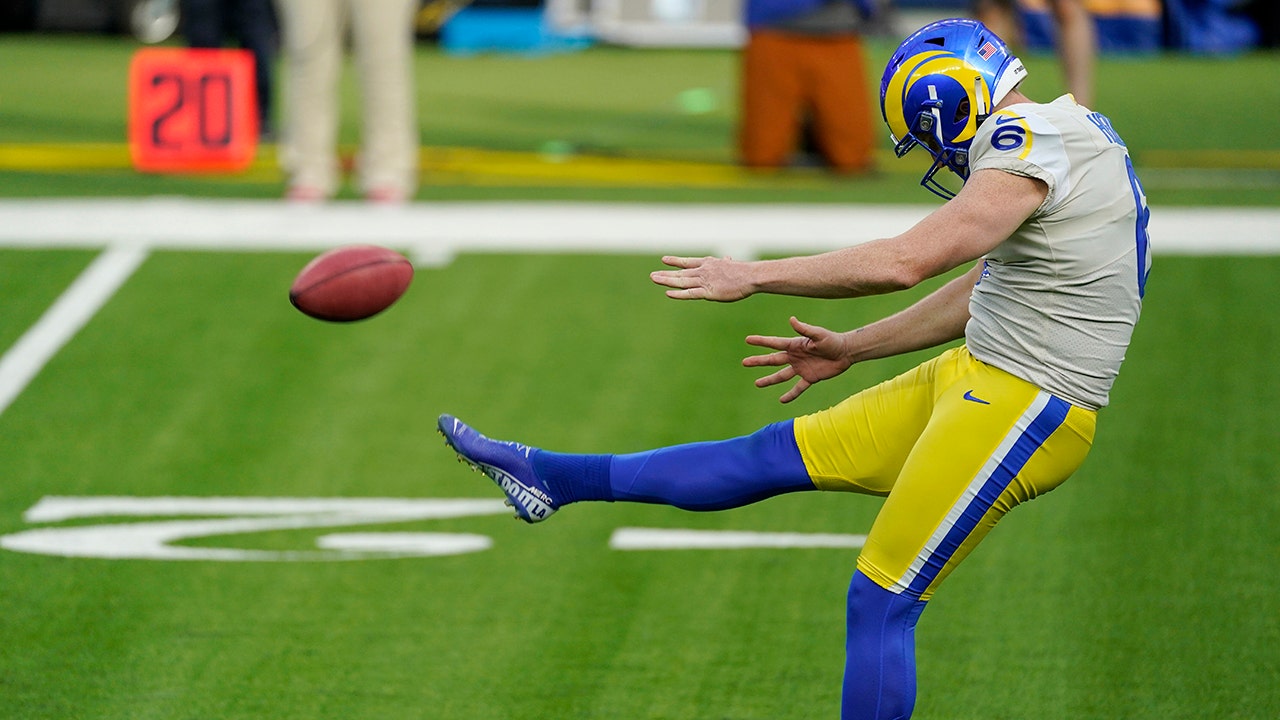 The Super Bowl champion Rams dropped their longest-tenured player Wednesday night in a move that creates just over $2 million in salary cap room.

Hekker has spent his entire career with the Rams since signing in St. Louis as an undrafted free agent out of Oregon State in 2012. He became a four-time All-Pro selection and arguably the NFL’s top punter during the 2010s, but his average declined to a career-low 44.2 yards per punt last season.

Along with his punting prowess and his steady hands as the Rams’ holder for placekicks, Hekker was a team leader, a popular figure among fans, and even a serious threat to throw the ball on trick plays. The former high school quarterback is 14 of 23 for 186 yards and a touchdown as a passer in his career, although he threw just one pass in the past two seasons.

Los Angeles Rams’ Johnny Hekker punts during the first half of the team’s NFL football game against the New York Jets on Dec. 20, 2020, in Inglewood, Calif.
(AP Photo/Ashley Landis, File)

Hekker is among several significant personnel losses this week for the champs, who are squeezed against the cap as usual.

The Rams managed to retain offensive linemen Joseph Noteboom and Brian Allen, two probable starters next season. Los Angeles has yet to sign an outside free agent or re-sign receiver Odell Beckham Jr.

Hekker acknowledged he suspected he would be cut during training camp last summer, but he beat out Corey Bojorquez for the job. Bojorquez signed with the Packers and had a strong season, while the Rams must find another punter this summer.

While Hekker is leaving, the Rams are likely to keep kicker Matt Gay as a restricted free agent with an original-round tender. Gay was a Pro Bowl selection last season after joining Los Angeles in 2020.