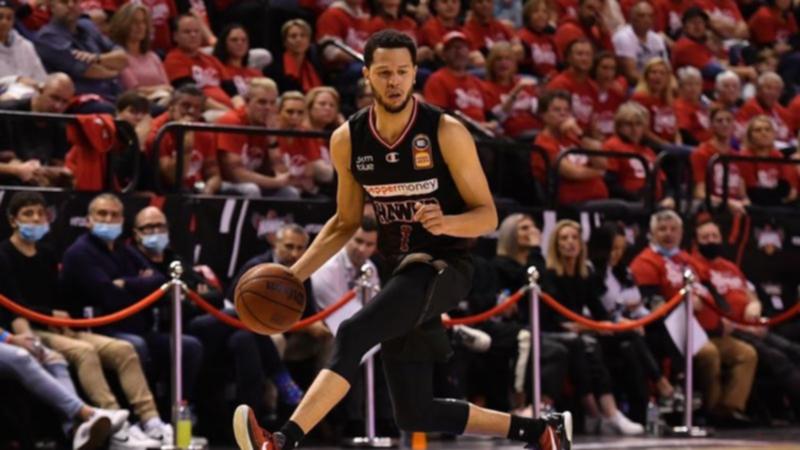 Illawarra have snatched fourth place on the NBL ladder from South East Melbourne Phoenix with a gripping 103-97 victory at home.

After dominating the opening three terms through behind an offensive clinic from Duop Reath, the Hawks (12-8) were outscored 31-19 by the Phoenix in the fourth quarter as their 19 point lead was whittled away to three inside the final two minutes.

Zhou Qi’s tip to Kyle Adnam brought the contest to a one possession game in the final minute, but Xavier Rathan-Mayes returned fire with a dagger three-pointer to ice the game with 20 seconds remaining.

Illawarra advanced the ball from their timeout after Qi hit two shots from the stripe, before running the ball out to score a enormous win as the season enters its final month.

The Hawks entered Thursday’s contest fifth on the ladder and eager to right their wrongs after a tough loss against Tasmania in round 15.

And they came out firing as Reath dominated inside and out early to give his side a 53-48 lead at the main break with 18 points and nine boards at the half.

Tyler Harvey and Sam Froling caught fire in the third as the home side threatened to blowout the Phoenix (11-8) when their lead was as high as 19.

But Mitch Creek and Qi combined for an almighty comeback before the Hawks held on to hand South East Melbourne their third straight loss.

Qi finished with a game-high 25 points and eight boards, while Creek had 15 on a night where six players finished in double figures for the Phoenix.

But it was the 22 points each from Reath and Harvey that powered the Hawks with Froling adding 14 and Antonious Cleveland 16.

“I think our focus was just on another level today,” Reath said.

“You could see it from the first quarter – everyone was just focused and that was contagious throughout the whole team.”

For the Phoenix, coach Simon Mitchell said he was disappointed in his team’s lapses as transition defence and offfensive rebounds cost them.

“We really struggled to put together groups of stops tonight,” Mitchell said.

“We had some moments, but defensively I thought we were poor.

“You set yourself up for result like that when you give up 21 o-boards. It’s just not good enough.”

South East Melbourne have a quick turnaround when they face the in-form Sydney Kings on Saturday.

Illawarra will also be in action on Saturday when they seek revenge against Tasmania in Launceston.