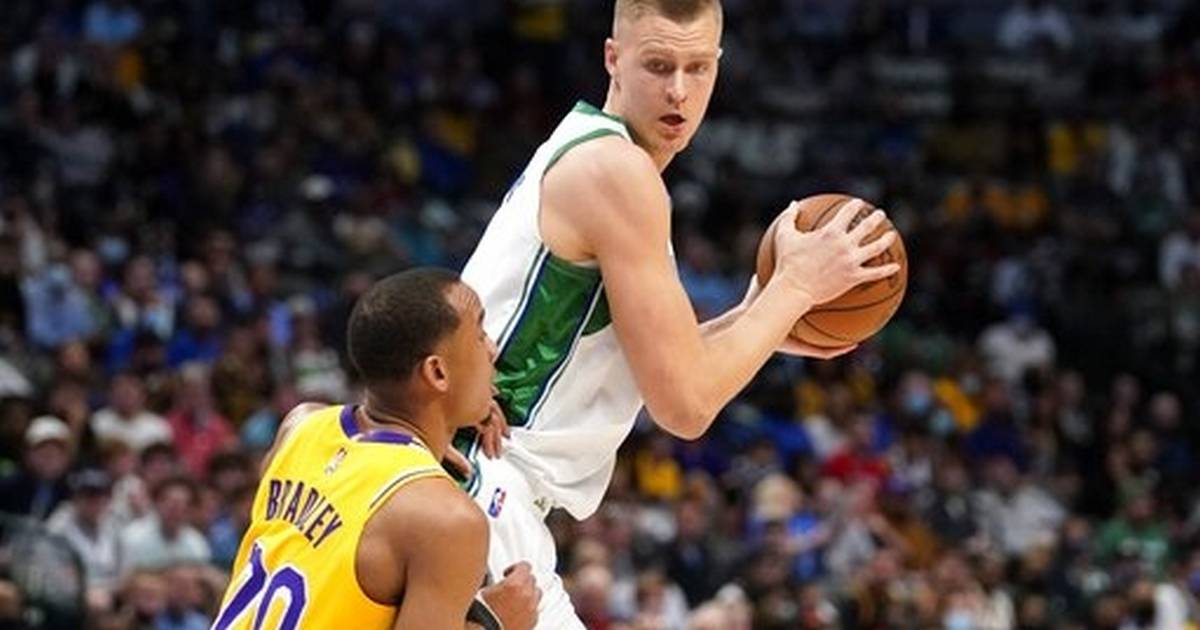 DALLAS — Rookie Austin Reaves swished a 3-pointer to beat the buzzer in overtime and give the Los Angeles Lakers a 107-104 victory over the Dallas Mavericks on Wednesday night.

Reaves’ basket, his fifth from behind the arc, was the only Lakers basket in overtime scored by someone other than the team’s Big Three.

LeBron James scored 24 points, Russell Westbrook added 23 and Anthony Davis had his sixth double-double of the season with 20 points and 12 rebounds after missing two games with a sore left knee.

Jalen Brunson scored 25 points and Kristaps Porzingis had his eighth double-double this season with 23 points and 12 rebounds for the Mavericks, who played their third straight game without All-Star guard Luka Doncic.

James for 4 of 9 on 3-pointers, including a 35-foot swish near the midcourt logo in the third period.

Lakers: Wayne Ellington made his third start of the season and scored nine points in 38 minutes, including the 3-pointer that sent the game into overtime. ‘ Davis played 14 first-half minutes with four points, five rebounds, five turnovers and three fouls.

Lakers: At Minnesota on Friday.

Mavericks: Sunday’s game at Target Center will begin a home-and-home with the Timberwolves.