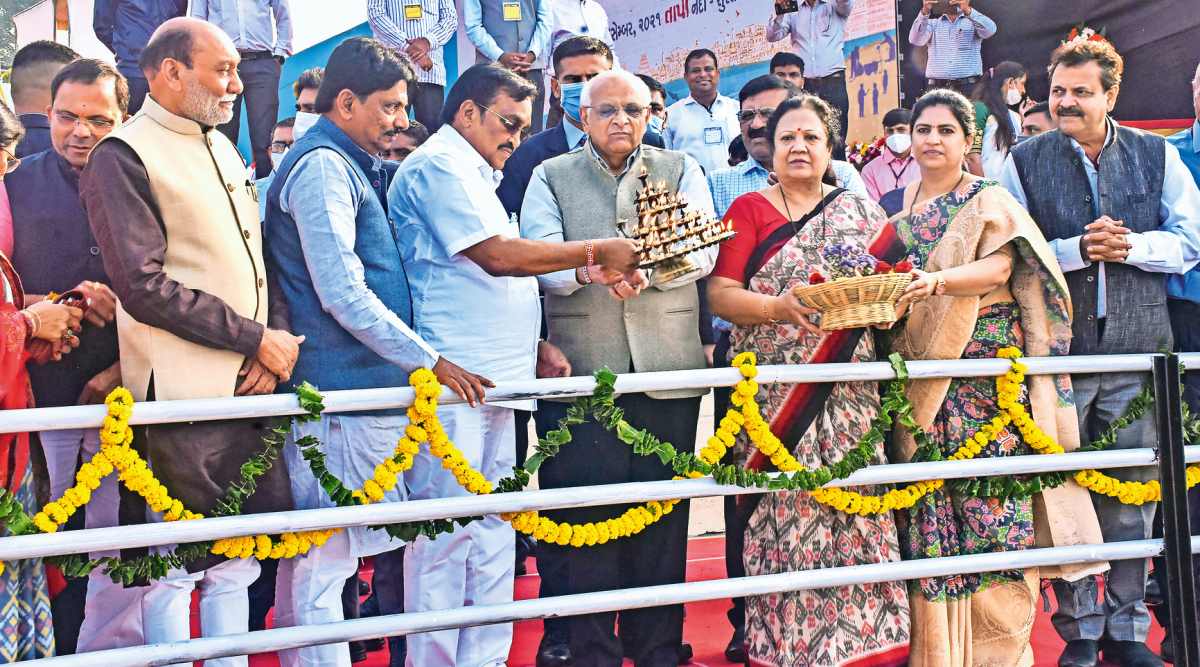 The Gujarat government on Sunday launched “Nadi Utsav” or the river festival, to honour rivers for their contribution to the development of the state as well as to raise awareness about preserving them.

Kick-starting the five-day event with a prayer on the banks of Tapi river in Surat on Sunday, Chief Minister Bhupendra Patel said, “Rivers are our valuable assets… they are the only source of pure and clean water. It is our duty to protect and save rivers, which is a lifeline of our future generations.”

State BJP president CR Paatil and Union Minister of State for Railways and Textiles Darshana Jardosh were also present at the event, organised as a part of “Azadi ka Amrit Mahotsav”.

Adding about state government’s commitment to the development of the Tapi riverfront project, Patel said, “The industries also should play their role in preserving and protecting the river by not discharging non-treated effluent into it.” He also appealed to the citizens to preserve the rivers.