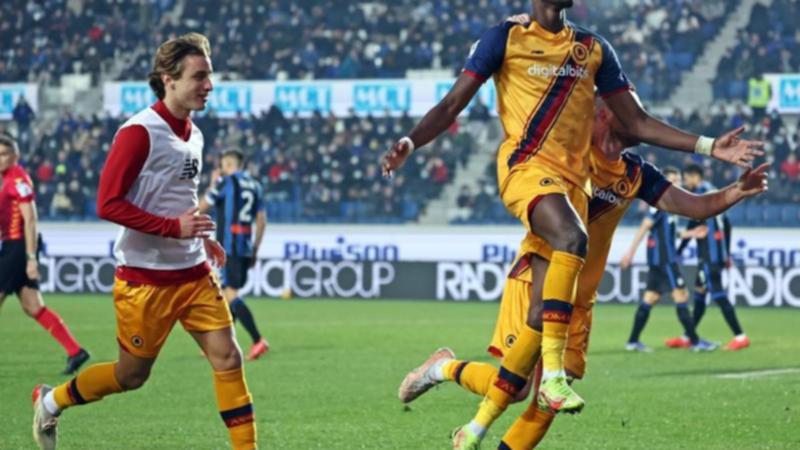 Tammy Abraham has scored twice as Roma claimed their first win against one of the top Serie A teams by thumping Atalanta 4-1.

Abraham scored his first less than a minute into the match and Nicolo Zaniolo doubled Roma’s lead.

An own goal from Bryan Cristante made it 2-1 at the end of the first half.

Cristante had another own goal ruled out shortly before Chris Smalling all but secured the win in the 72nd minute.

Roma moved to fifth, five points from fourth-placed Napoli and six below Atalanta in third.

“A lot of people doubted us today, they said it was mission impossible for us as a team, but this is by far one of the best wins we’ve had this season. You can see by everyone’s reaction.”

Juventus are below Roma on goal difference alone after winning at Bologna 2-0.

Head-to-head is the first tiebreaker in Serie A at the end of the season.

In Saturday’s late match, second-bottom Cagliari were beaten 4-0 by Udinese at Sardegna Arena.

Gerard Deulofeu scored either side of halftime, the first a stunning free-kick, with Cagliari midfielder Razvan Marin dismissed just after the hour for a second caution.

Roma had not beaten one of the top four teams in the Italian league this season, having lost to Inter Milan and AC Milan and drawn with Napoli, but that changed with Jose Mourinho’s men dominant from the start.

An early Alvaro Morata goal and Juan Cuadrado’s strike in the 69th allowed Juventus to grind out an unconvincing result in the fog against Bologna.