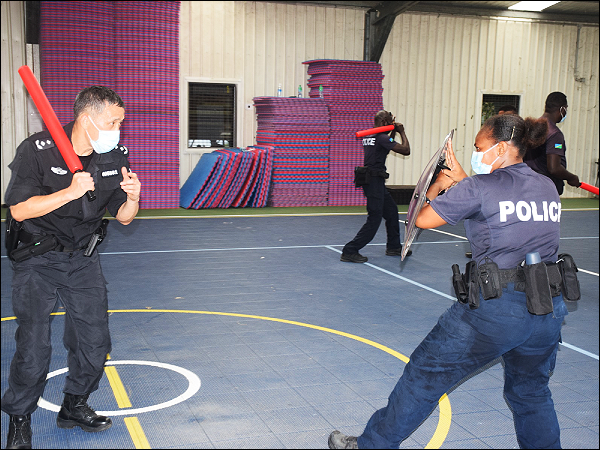 THE Royal Solomon Islands Police Force (RSIPF) says the involvement of the PRC and AFP in conducting training for RSIPF is not a competition as speculated by the members of the public.

Last week, one of the local prominent figure said the involvement of the PRC and AFP in the training of the RSIPF will soon or later divide RSIPF, where one prefers AFP as a partner and the other prefers PRC police training.

“That will be the end of the RSIPF,” he said.

However, when cross check with the RSIPF they informed this paper that there is no competition in these training sessions.

“These trainings are complementary to each other and the Royal Solomon Island Police Force (RSIPF) has benefited a lot from different partners in terms of training,” it said.

RSIPF revealed that now RSIPF became a strong and capable force in the region with the training assistance from different part.