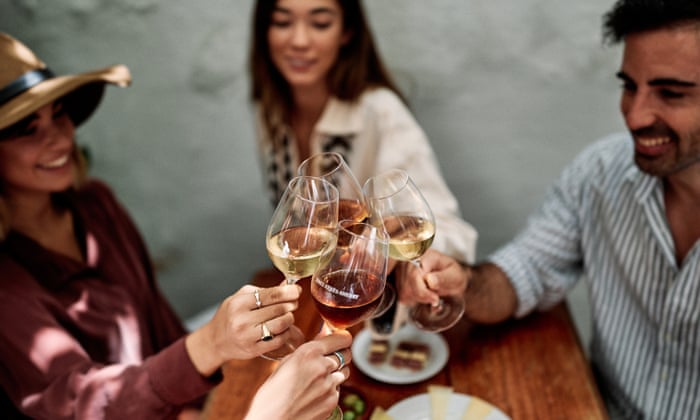 For years, sherry was the wine-lovers’ secret; known to most of the UK only as a sweet drink, a neglected, eternally open bottle in grandma’s otherwise empty drinks cabinet. But all that is changing. Sales have increased by 20% since 2019, with more than 7.4m bottles of sherry consumed in 2021. Volumes increased by more than 25% in 2020 according to the market research company Nielsen, with supermarkets from the Co-op to Waitrose reporting significant rises. In March 2020, the month that lockdown was announced, sherry sales in the UK surpassed those in Spain for the first time.

“Sherry is such a classy drink,” says professional caterer and supper club host Milli Taylor. Thanks to the fact her parents have lived in Malaga for the past 20 years, Taylor didn’t need a drinks revolution to discover a taste for Andalucía’s finest. In southern Spain, she visits great little bars where you can try a range of sherries, your tally written in chalk on the bar, and she’s thrilled that the UK has finally found a taste for it too.

One of sherry’s greatest gifts is its huge diversity of styles. Lighter, drier sherries such as fino and manzanilla offer an exciting start to a meal, and match with an amazing range of foods, from seafood to tomato-based dishes. Meanwhile rich, savoury amontillado and oloroso make great accompaniments to meat or cheese, and cream sherries or the dark, sweet pedro ximénez (PX) are perfect with – or as – dessert.

With the exception of PX, all sherries are made from the palomino grape, which is fairly unremarkable until it is fortified and added to a tower of barrels called a solera system, where each year’s juice trickles in and tops up its predecessors. “That this one grape from one area can make such a multitude of different styles is amazing,” says Dan Whine, head of wine at the Petersham Cellars restaurant group, who credits sherry with getting him interested in wine in the first place.

Holidaymakers might be familiar with sherry as an accompaniment to tapas – and well they should. “Tapas without sherry is like a pie without a pint!” says Taylor. “It’s hard to beat a crisp glass of fino or manzanilla with some salty nibbles; chorizo, fried almonds, little pickled sardines, nothing complicated.” But this is far from all this versatile drink has to offer.

“It can be salty, nutty, sweet, and can make so many great cocktails,” says Whine. The Spanish themselves mix fino with lemonade for a cocktail called a rebujito, but as sherry’s popularity has grown, mixologists have taken this versatility and run with it. Lucas Campbell, a manager at Spanish-themed restaurant group Camino, uses sherry in a number of his most crowd-pleasing cocktails. One of his favourites is a sherry martini that plays with the drink’s Mediterranean origin; he blends it with gin and rosemary, and garnishes with jamón, gordal olives “and a drop of the olive’s oil to make it dirty”. He also makes a sangria using amontillado, a dry style that has more depth and age than the lighter finos or manzanillas. “I add orange and cloves for that winter vibe, and the amontillado brings nuttiness and caramel,” he says. “Whenever a group orders a jug of it, everybody at the next table wants to know what it is, and I’ll be making it for the rest of the night!”

Taylor also loves to introduce naysayers to sherry, and once persuaded a reluctant pub landlord to let her sell sherry at an Andalucían pop-up she held on his premises. Even though he had his doubts, Taylor proved him wrong – the diners loved it. “So many people think they won’t like sherry, but then when I get them to try a fino they’re often surprised to find it’s rather like a dry white wine,” she says. “You can see their ears perk up when I explain that we keep it in the fridge, just like a white wine, but that thanks to the fact it’s fortified, it’ll be drinkable for longer.”

For foodies looking to take meals to the next level, sherry is the perfect pairing. “It stands up really well to poultry,” says Whine. “Chicken and amontillado is just beautiful.” Meanwhile, for those with a sweet tooth, Taylor recommends soaking raisins in PX or sloshing a bit of it into a chocolate tart – “PX and chocolate is classic!”

All three agree that once people discover sherry, they fall in love with it. “It’s so much fun getting people to try it for the first time,” Taylor says. “It’s such a delicate, delicious drink.” Campbell agrees, adding: “Often customers love this novel taste so much they ask where they can try more. It’s that beautiful moment where you open up someone’s world a bit.” And that, surely, is the biggest reason for sherry’s newfound popularity: it’s not just one drink but a whole range, all with exciting possibilities that make the world a bigger, more delicious place.