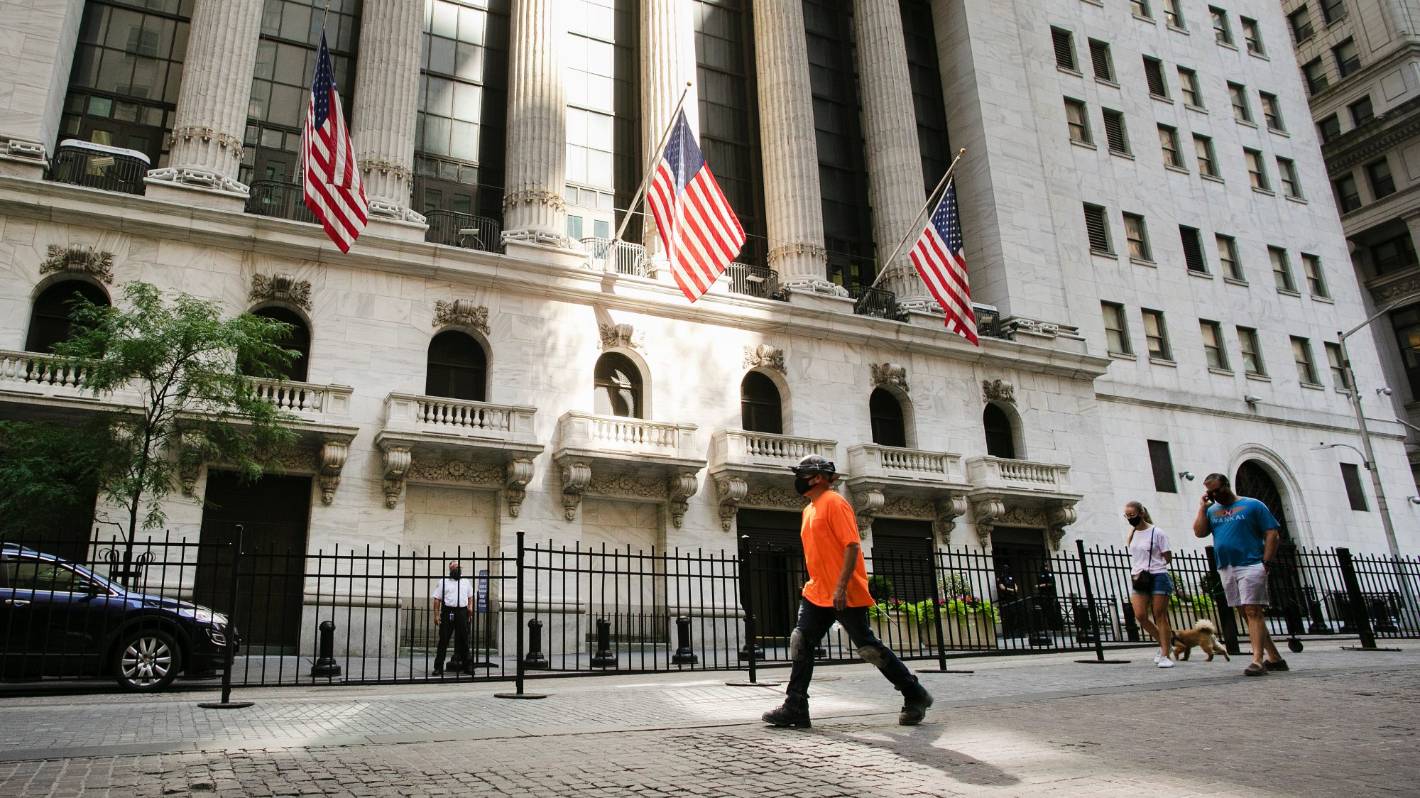 The sharemarket fell as investors awaited news from the Federal Reserve on the outlook for interest rates in the world’s largest economy.

The Fed is expected to speed up the withdrawal of economic stimulus measures in the face of rising inflation, and outline a path to higher interest rates in 2022, when it comes out of a two-day meeting on Thursday morning New Zealand time.

Stocks fell broadly on Wall Street on Tuesday as new data showed that inflation is still running high. A report on Tuesday showed the US producer price index rose by a record 9.6 per cent in November from the year earlier. That followed a report last week that consumer prices surged 6.8 per cent in the 12 months to the end of November, the biggest increase in 39 years.

READ MORE:
* Synlait Milk outlook cheers investors worried by Omicron, higher interest rates
* Reserve Bank will lift rates – the only question is how much
* The great resignation: Are we spoilt for choice when it comes to employment opportunities?

“We followed the US market lower overnight,” said Devon Funds Management head of retail Greg Smith. “It’s a bit of a waiting game ahead of that Fed decision.

Smith noted that the New Zealand market has a lot of high yielding dividend stocks which are sensitive to interest rate increases.

In New Zealand on Thursday, gross domestic product figures for the third quarter are scheduled for release.

Economists expect GDP fell 4.1 per cent in the quarter, according to the median forecast in a Bloomberg survey. That’s less than the Reserve Bank’s forecast for a 7 per cent contraction.

Steel & Tube posted the biggest gain on the market, up 6.6 per cent to $1.46, after upgrading its earnings guidance for the first half of its fiscal year on the back of continued strong trading across the group.

The company said pre-tax profit was expected to be between $20 million and $22m in the six months to the end of December, up from its guidance last month of $17m and ahead of $8.9m in the year earlier period.

The national carrier said on Tuesday that it has revised its Crown loan agreement in light of ongoing uncertainty around Covid-19, resulting in an additional $500m in available funds, taking its overall support from the Government to $2 billion.

The airline is still targeting a capital raise for the first quarter of next year, but a further delay could be considered if unexpected events were to occur in 2022 that required further support, it said.

Investors may also be concerned about the potential impact of the new Covid-19 variant Omicron on travel, Smith said.