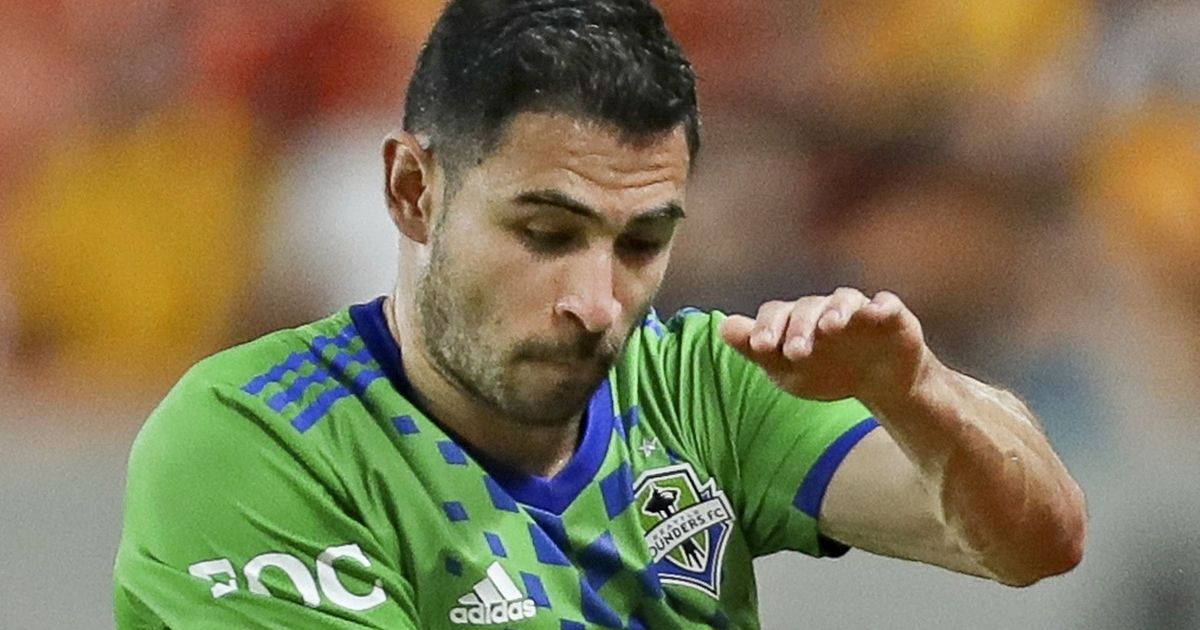 The calendar hasn’t even flipped to summer and the investment in Alex Roldan has already paid off for the Sounders FC. An uncharacteristic suspension could show how much.

Roldan received two yellow cards in a four-minute span late in Seattle’s win against Houston on Wednesday. Per league rules, he’ll be suspended for Sunday’s road match against the Colorado Rapids.

“It happens,” Sounders coach Brian Schmetzer said of the fouls that put the team down a player for the final eight minutes of the 1-0 result. “We kept Alex on there and unfortunately he got his second yellow, so we’ll just make do. We have plenty of options there; I’m not concerned.”

Kelyn Rowe replaced Roldan at right fullback in the past, but the depth chart is thin because Roldan has been so reliable. The former Seattle University star has continued his upward trajectory since being a trialist for the 2020 training camp, committing to switching to defender to earn a spot on the roster.

Schmetzer altered his starting formation to feature three center backs last year carved a breakout season for Roldan, 25, who used his quickness and pinpoint crosses to excel as right wingback. The club rewarded him with a three-year extension last winter. The $232,500 annual guaranteed compensation more than doubled his salary from last year ($93,581), according to updated figures released by the MLS Players Association on Tuesday.

Roldan’s production after the payday so far, was helping the back four only concede five goals in going unbeaten en route to winning the club’s first CONCACAF Champions League title.

During the run, Roldan had a lovely through ball to help set up Raul Ruidiaz’s second goal in the CCL decisive leg against Pumas UNAM at Lumen Field. In the CCL semifinals, Roldan’s connection to a cross from Rowe was essential in the sequence for Albert Rusnak’s goal in the opening leg win against New York City FC.

Roldan recorded his first MLS assist of the season on Wednesday against Houston, serving Ruidiaz the perfect ball to knock home a goal — completing a 22-pass buildup to the shot.

In locking down the bulk of the roster through 2023, Roldan received the biggest individual pay increase. The defenders led overall in pay increases on the roster, the Sounders doubling left back Nouhou’s contract from last year ($344,374) and extending center back Yeimar Gomez Andrade’s deal last winter with an approximate 85% pay increase ($719,092).

The Sounders’ total player compensation is approximately $17 million, which ranks sixth in the league. The average age of the roster is 26, which hovers at the MLS average.

Roldan isn’t the only player who will serve a suspension Sunday. Rapids defender Auston Trusty was sent off late in a loss to Sporting Kansas City on Wednesday with a second yellow card while teammate Lucas Esteves was shown a red card for a two-handed shove to the back of SKC striker Daniel Salloi in second-half stoppage time. Both will be out against Seattle.

Player availability can’t matter for the Sounders (4-5-1). A win would put them ahead of the Rapids (4-5-3) in Western Conference standings and above the playoff line headed into a two-week FIFA international break.

Colorado is 5-0-2 at Dick’s Sporting Goods Park this season, allowing only one goal at home.

Defensive midfielder Jordy Delem signed with USL Championship side San Antonio FC, the club announced Thursday. Delem played the past five seasons for the Sounders, suffering a torn ACL in a road match against San Jose in March 2021.

Delem, 29, rehabilitated his injury with the Sounders the past year and returned to full training in March. Yet, it was clear the team didn’t intend to re-sign Delem and felt secure developing and utilizing their current roster, even in the wake of midfielder Joao Paulo’s season-ending knee injury earlier this month.

Delem helped Seattle win its 2019 MLS Cup, starting 46 of his 74 appearances overall. He also recorded one goal with three assists.

“It’s definitely bittersweet but the memories will live forever,” wrote Delem, in part, for an Instagram post Thursday. “I wish you all the best for the future! (San Antonio), so excited and ready for this opportunity and new chapter of my career!!!”


Jayda Evans:
206-464-2067 or jevans@seattletimes.com; on Twitter: @JaydaEvans. Jayda Evans covers the Sounders. She offers observations, critiques, and occasional offbeat tales. Evans also has written a book on the Storm and women’s hoops titled, “Game On!”