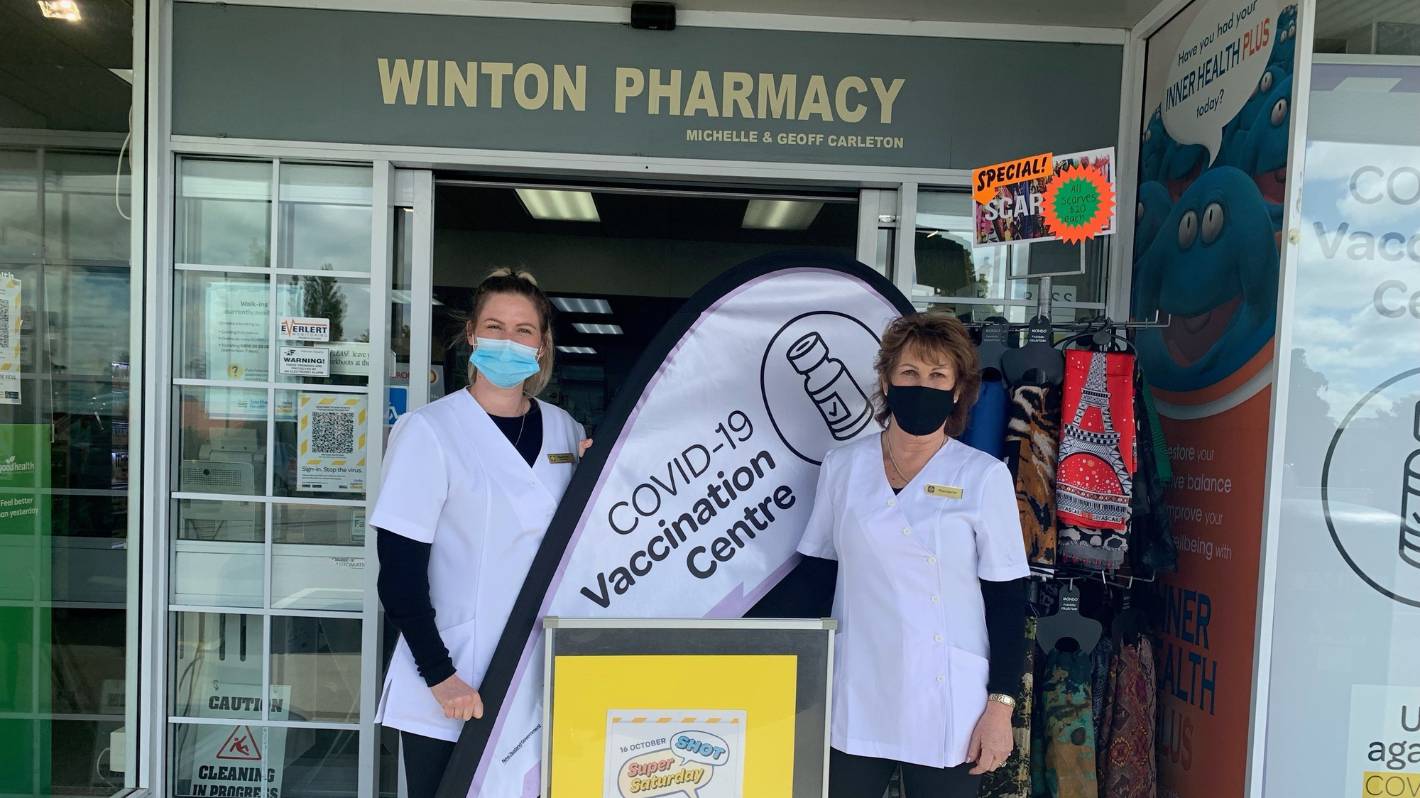 Winton Pharmacy pharmacist Maddy Miles, left, and owner Michelle Carleton are expecting more than 100 people to turn up on Saturday for Covid-19 vaccinations.

Southland pharmacies and medical centres predict hundreds of people may turn up for the national Covid-19 vaccination day on Saturday.

Winton Pharmacy pharmacist Maddy Miles said it already had more than 100 bookings for Saturday, and expected more walk-ins on the day.

“It’s just a good way to get people in who haven’t got it [the vaccine] yet, or who are a bit hesitant to get it done,” Miles said.

The pharmacy had already been busy running several clinics since vaccinations started and had been open Thursday nights and Sundays to assist people who weren’t able to take time off work to get vaccinated.

Winton Pharmacy owner Michelle Carleton said it had plenty of vaccines available for the day as it had already planned for a Saturday clinic on October 16, before the Government announced its national initiative.

Windsor Pharmacy owner and pharmacist Hollie Sycamore said it was already half booked for Saturday, and was expecting about 60 people.

A coffee van had been booked for outside the pharmacy to spread the word, she said.

There had been extra vaccines in their weekly delivery, and Sycamore was confident there would be more than enough available for any walk-ins.

“We’ve had plenty of people come in, it’s really good. Our daily clinic has been booked out,” she said.

La Hood’s Chemist, in Gore, co-owner Ann La Hood said she was aiming to get three people vaccinated every 10 minutes and had stocked up on chocolate fish as a reward.

They already had 50 bookings, but could accommodate more than 200 extra walk-ins, she said.

“This week has been the busiest since we started vaccinating,” she said.

“I’m really excited, I really think we can get to that 90 per cent.”