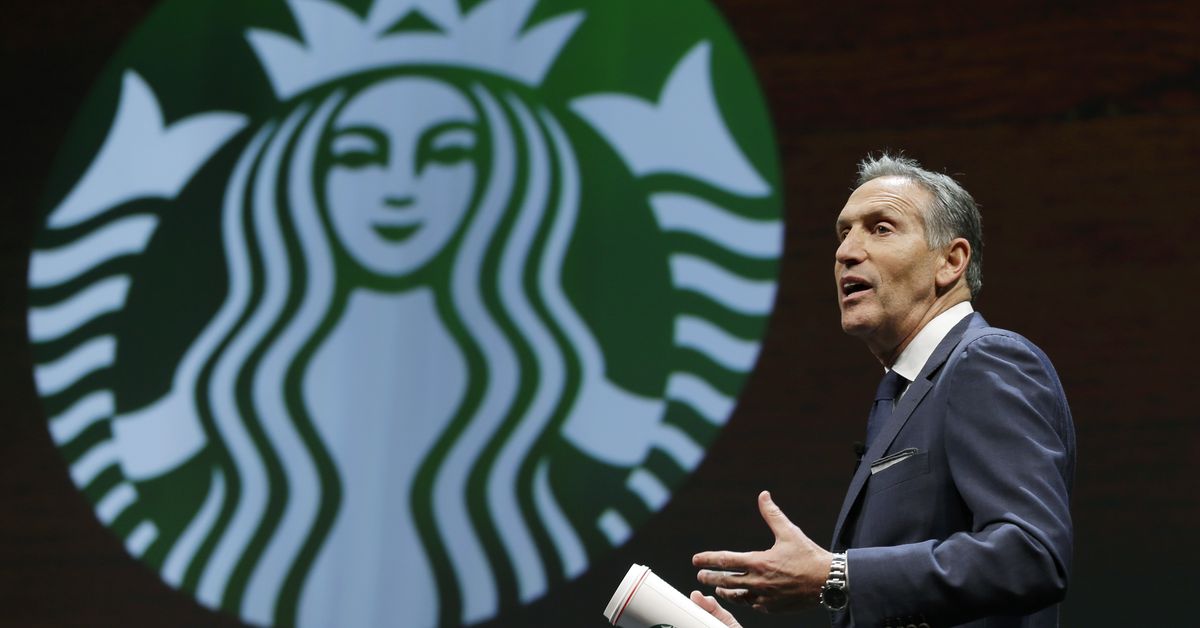 As Starbucks investors gathered virtually to talk about the future of the country’s largest coffee company at its annual shareholder meeting, the company’s leaders were virtually silent on the most pressing issue facing the chain — a nationwide unionization wave that’s expanded to more than 100 stores across the country.

The big news of the annual shareholder meeting’s first day was the retirement of Kevin Johnson, who served as CEO of Starbucks since 2017. Johnson will be replaced at the helm by Howard Schultz, who famously took Starbucks from a Seattle coffee shop to a multinational corporation before handing off the reins to Johnson. In the intervening years, Schultz stayed involved with the company, noodled on a presidential run, and was even considered as a potential labor secretary pick if Hillary Clinton had won the 2016 election. Now, he’s back at Starbucks, and workers say he’s been involved in union-busting since the first stores in Buffalo organized in 2021.

In addition to the CEO switcheroo, the company also announced that it would install electric vehicle charging locations at many of its stores, and would soon allow customers to use their reusable cups when ordering ahead via the mobile app to cut down on single-use plastic waste. What Starbucks leadership did not mention, though, is that the National Labor Relations Board (NLRB) filed a complaint against the company on March 15, alleging that it had engaged in retaliatory and discriminatory actions against employees organizing at a Starbucks in Phoenix. According to the complaint, the NLRB alleges that Starbucks violated federal labor law by threatening them with termination, enforcing policy violations that had been previously tolerated, and firing a union supporter, among other allegations.

“Today is the first step in holding Starbucks accountable for its unacceptable behavior during the unionizing efforts in our store and stores around the country,” said barista Bill Whitmire in a statement from the union. Starbucks has not yet responded to the NLRB complaint, but if it loses in court, the company could be required to provide a notice to all employees advising them of their right to unionize and pay restitution to employees who were unlawfully terminated or suspended. Eater has reached out to Starbucks for comment on the NLRB complaint, but has not received a response from the company.

With Schultz at the helm, it seems exceedingly likely that Starbucks will continue its hardline, anti-union stance. As reported by Reuters, Schultz has a history of publicly opposing unionization at Starbucks stores that goes back to the 1980s and has repeatedly stated that workers at the company, which describes its employees as “partners,” have no need for a union. “We listen. We learn. We get better together,” Schultz said in a 2021 letter to baristas after workers at a Starbucks in Buffalo, New York announced their intent to unionize. “No partner has ever needed to have a representative seek to obtain things we all have as partners at Starbucks.”

Even though Starbucks executives haven’t directly discussed the union at the shareholder meeting, they have announced plans to improve wages and do a lot of hiring. According to a press release, Starbucks plans to “increase partner pay over the next 18 months, with starting wages of $15 to 23 per hour by this summer.” The company also announced that it would provide seniority pay increases, shared plans to hire as many as 5,000 new employees every single week in the coming months, and “reaffirmed its commitment to listening, learning, and working with partners.”

But union leaders say those “commitments” are not enough — they don’t just want promises about raises and benefits that Starbucks can rescind at any time, they want a voice in their workplace. “Our union seeks to rein in corporate power so that all Starbucks workers who sell their labor receive dignity,” said Collin Pollitt, a worker at a unionizing Starbucks in Oklahoma City said in a letter announcing the campaign. “We are calling on Starbucks to embody its progressive values by letting us workers have workplace democracy and earn a living wage.”

Even Starbucks investors are beginning to bristle at the company’s anti-union stance. Ahead of the shareholder meeting, a group of more than 75 major investors sent a letter to Starbucks executives demanding that the company take a “neutral” stance on unionization. “We believe that when workers’ rights are ensured, their interests represented, and their needs properly communicated, companies and workers alike benefit,” the letter reads. “Benefits may include lower turnover, more resilient and risk-tolerant operations, more effective feedback loops, higher employee satisfaction and productivity, and, in turn, higher quality and more innovative products and services.”

In the coming months, the union fight at Starbucks will only continue to intensify. More and more stores are announcing unionization campaigns each day, and organizers feel confident that this is a fight they can win. That seems even more probable if workers have investors on their side in a meaningful way, considering that Starbucks is much more likely to be persuaded by its stock price than exhortations from its workers about why they deserve a seat at the table.