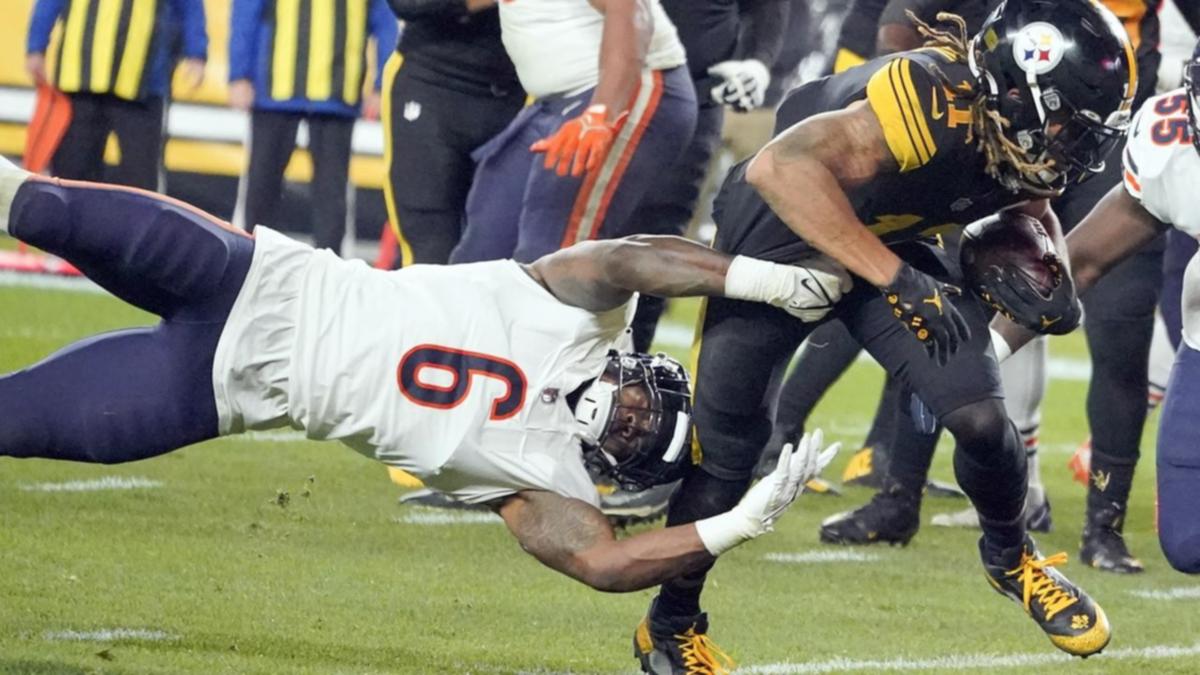 A 40-yard field goal from Chris Boswell helped the Pittsburgh Steelers hold off a late rally from the Chicago Bears to claim a 29-27 NFL victory.

Poor discipline repeatedly cost Chicago in the first half as the Bears allowed the Steelers to take an 11-point advantage into the break.

Pittsburgh built on their lead with two more field goals in the third, before a Chicago touchdown late in the quarter sparked a frantic final period.

Two more field goals gave the Steelers a seemingly insurmountable lead, until the Bears hit back with two quick touchdowns to go ahead 27-26 with 1:46 left on the clock.

However, veteran quarterback Ben Roethlisberger marched downfield to put Boswell in position to seal the game-winner.

Roethlisberger finished with 205 yards and two touchdowns, while Chicago counterpart Justin Fields had 291 yards to go along with a touchdown and an interception.