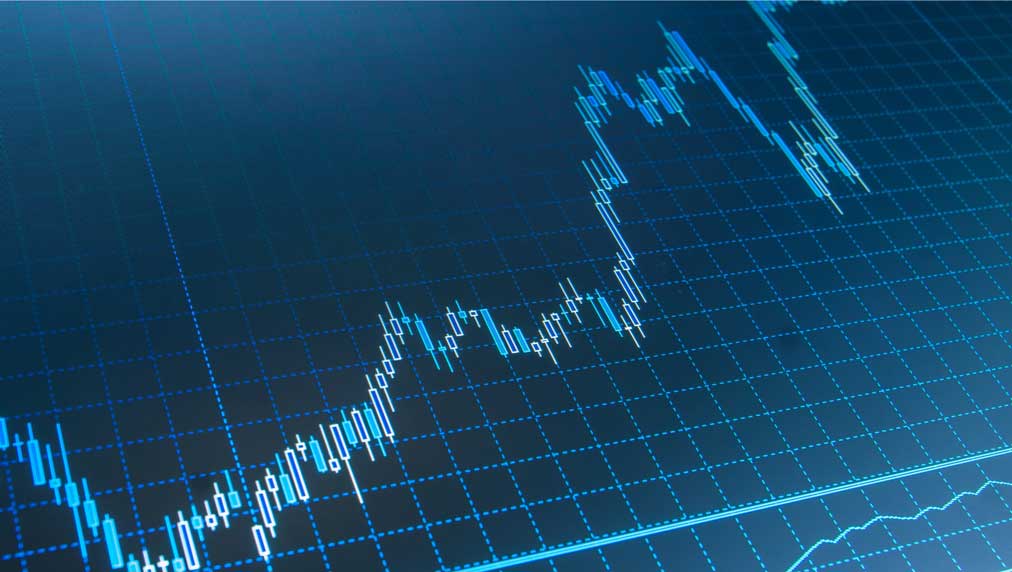 If you want to get better at stock chart analysis, study volume patterns, particularly volume bulges from week to week.

Why? Volume is a proxy for institutional investors. The massive trading power of mutual funds, endowments and other major investors leaves a footprint on charts: big volume. That’s why volume spikes offer clues on the stock’s direction.

The study of volume is especially important when you evaluate bases. You want the base to have at least as many up weeks in high volume as down weeks. In other words, you want more institutional buying than selling when a stock goes through one of these crucial consolidation periods.

In IBD Charts and MarketSmith, the 10-week average volume is plotted with a red line over the volume bars. So any week that pokes above that line is one to count as institutional accumulation. Again, you want to have the same number of up weeks than down weeks; even better if there are more up weeks. Down weeks in big volume are called distribution weeks.

But don’t immediately dismiss down weeks in heavy volume as bad marks. If a stock can bounce off the price lows, that’s actually a positive sign. So, if the stock closes in the upper 60% of the week’s price range, consider it an up week in your analysis. Apply this principle to the declining portion of the base; it doesn’t have much significance in the base’s recovery phase.

IBD MarketSmith charts are helpful for this stock chart analysis. Not only do they show average volume and have weekly charts, but they also show how far up in the price range the stock closed.

Cloudflare (NET) nearly doubled from a cup base that formed from August to early October of 2020. That strength developed in the base, which showed accumulation. 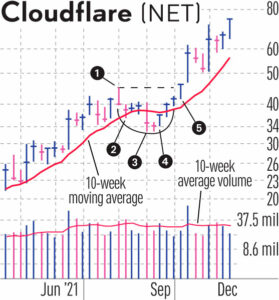 The base started like so many, with a bearish reversal in heavy volume (1). Cloudflare closed near the bottom of the week’s range, so there was no disputing this was a distribution week. The second week also was down. But shares bounced off the 10-week moving average and closed about 40% off the week’s top (2). Just like that, accumulation and distribution were even.

The first week of September was bad, down sharply in heavy trading (3). But two weeks later, Cloudflare rose in a volume spike (4). That evened out the scoreboard.

That set up Cloudflare for its big move. The week of Oct. 9, it broke out of the base (5) in below average but higher volume than the previous week.

Juan Carlos Arancibia is the Markets Editor of IBD and oversees our market coverage. Follow him at @IBD_jarancibia

IBD’s Market Outlook: A Guide To The Different Designations

What Is CAN SLIM? If You Want To Find Winning Stocks, Better Know It

IBD Live: Learn And Analyze Growth Stocks With The Pros