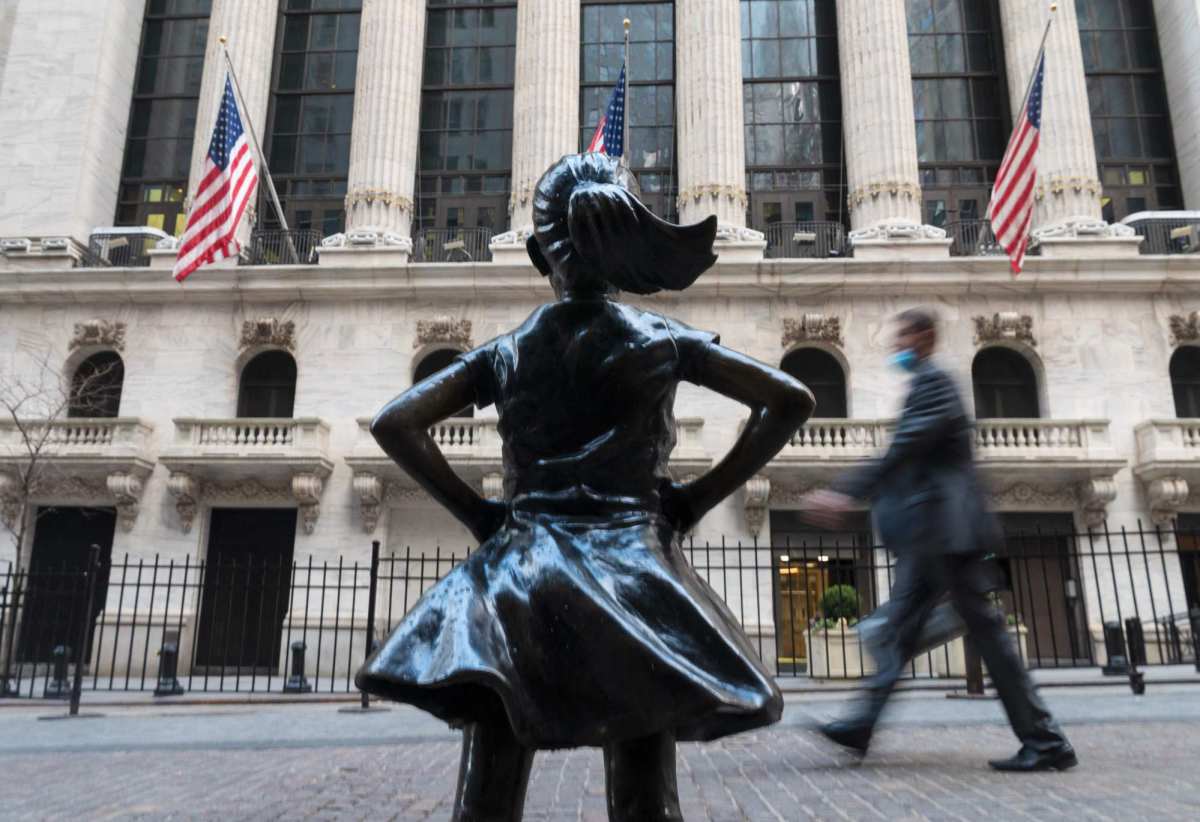 U.S. equity futures edged lower Wednesday, while oil prices resumed their recent march higher and the dollar held gains against its global peers, as investors awaited news of fresh sanctions on Russia while side-stepping one of the biggest bond market sell-offs on record.

President Joe Biden is set to travel to Brussels for a meeting with NATO leaders in the Belgian capital Thursday, with reports suggesting he’s prepared unveil new sanctions on Moscow, possibly in the energy sector, in response to its month-long invasion of Ukraine.

As fighting continues in the southern city of Mariupol, United Nations observers estimate that nearly 1,000 civilians have died in the conflict, which has been deemed a ‘special operation’ by President Vladimir Putin, while peace talks are said to be moving forward only on a “step-by-step” basis, according to Ukrainian President Volodymyr Zelenskiy.

The extended fighting, as well as talk of new sanctions on Russian crude exports, lifted oil prices back over the $110 mark in overnight trading, with gains capped by a firmer U.S. dollar.

WTI crude futures for May delivery were last seen $2.38 higher on the session at $111.65 per barrel ahead of Energy Department data on domestic stockpiles at 10:30 am Eastern time.

Markets were also closely tracking moves in the bond market, which is deep in the throes of its largest peak-to-trough decline on record amid hawkish signals from the Federal Reserve and yet another generationally-high reading on inflation — this time in the United Kingdom, where CPI hit 6.2% — from a major global economy.

Benchmark 10-year note yields were marked 2 basis points higher from last night’s close at 2.359% ahead of pre-market speech from Fed Chair Jerome Powell at 8:00 am Eastern time, while the U.S. dollar index was marked 0.13% higher against a basket of its global peers at 98.613.

Federal Reserve President Jerome Powell will speak at the Bank for International Settlements’ “Innovation Summit” Wednesday as investors absorb a torrent of comment from policymakers suggesting the need for faster near-term rate hikes.

Powell, who insisted Monday that the U.S. economy was resilient enough to withstand a series of Fed Funds increases as the central bank tamps down the fastest inflation in forty years, will be followed by appearances from San Francisco Fed President Mary Daly and St. Louis Fed President James Bullard, both of whom have suggested that a 50 basis point rate hike may be necessary in the face of a domestic inflation rate that is hovering near 8%.

Market reaction to the Fed’s hawkish tilt has been swift: the CME Group’s FedWatch tool is pricing in a 63% chance of back-to-back half-point hikes at the Fed’s May and June meetings, while benchmark 2-year note yields — which have risen more than 1.4% so far this year — are holding at 2.17%, putting the gap between 10-year paper at just 20 basis points.

On Wall Street, futures futures contracts linked to the Dow Jones Industrial Average are indicating a 100 point opening bell dip while those linked to the S&P 500, which is down 5.34% for the year, are priced for a 17 point move to the downside. The tech-focused Nasdaq Composite is called 100 points lower.

GameStop  (GME) – Get GameStop Corp. Class A Report shares were the most active stock in pre-market trading, rising more than 11%  after an investment group lead by chairman Ryan Cohen unveiled a purchase of around 100,000 shares in the money-losing video game retailer.

In overseas markets, Britain’s FTSE 100 was marked 0.23$ higher despite the faster-than-expected March inflation reading, with support coming from energy and mining companies that weigh heavily on the index, while the region-wide Stoxx 600 fell 0.48% by mid-day trading in Frankfurt.