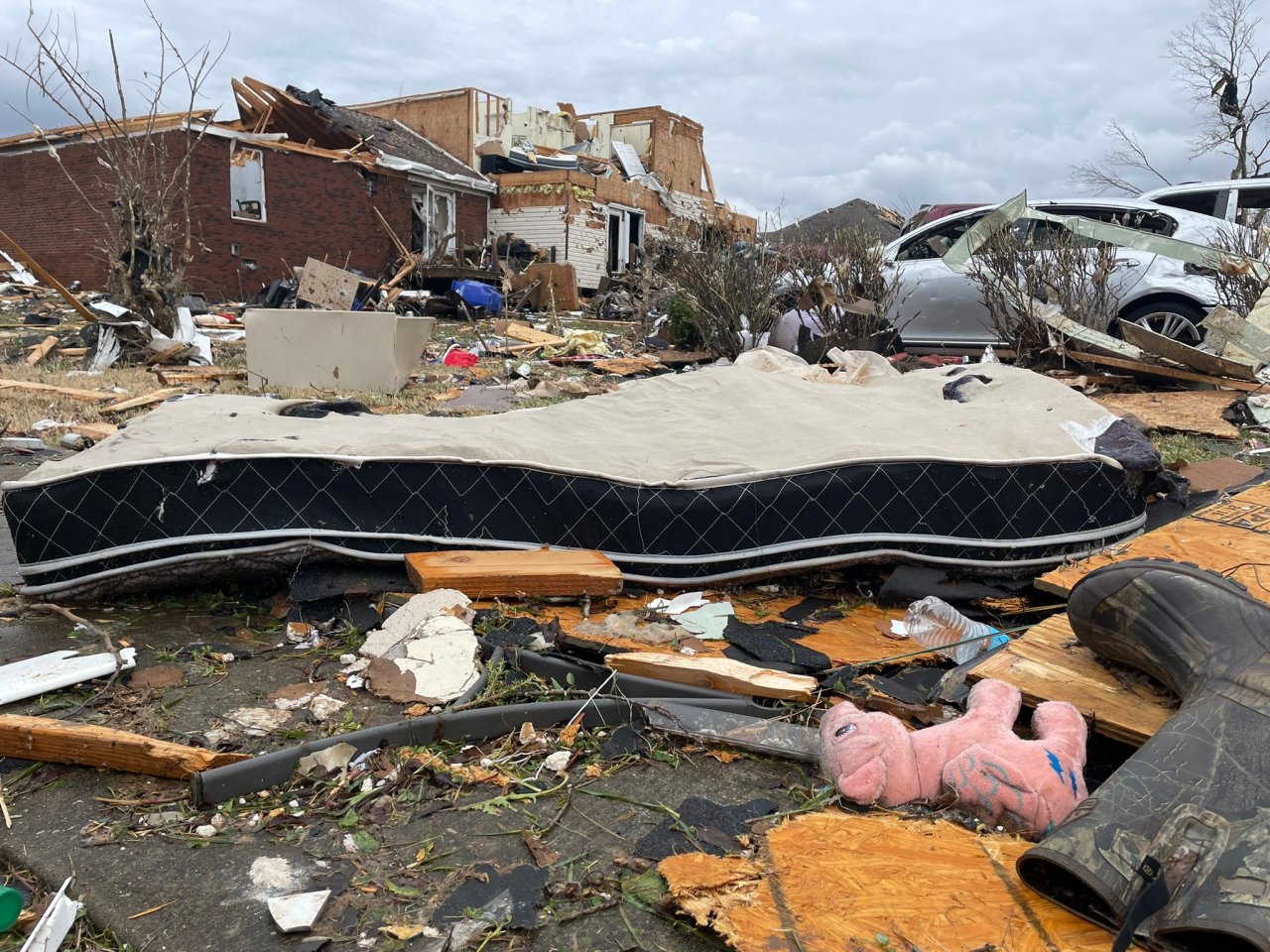 BOWLING GREEN, Ky (WKRN) – The devastation was extensive in a subdivision off Creekwood Avenue in Bowling Green, where a tornado killed 14 people within a few blocks of each other.

Eleven of them were on a single street: Moss Creek Avenue. There were entire families that were lost including seven children, two of whom were infants.

We now know Bowling Green was hit by an EF-3 tornado with maximum wind speeds of 165 miles per hour.

Jacob Perdue’s SUV ended up mangled across the street from his townhome off Village Creek Drive, a road that intersects with Moss Creek Avenue where his neighbors were killed.

“We get in there [downstairs bathroom] and next thing you know, honestly about that time it started rockin’ and rollin’. If I wasn’t holding the door.. if I didn’t hear that alarm we would’ve been… it would’ve been game over so I’m just grateful to God that we’re here, you know,” Perdue said.

The next road his street crossed was Creekwood Avenue where Jose Maldonado was busy helping neighbors Saturday morning after surviving the tornado hours earlier.

“I could see it coming down – the tornado. We saw debris flying, electricity cracking in the air, and everything. We ran around, got dressed and everything – we didn’t know if it was going to head to our house. We looked out it was debris all over the place,” said Maldonado. “This was so scary. It’s the first time I’ve ever seen one so close. It’s like TV when you see the movies, it’s worse when you see it in life. It came so close. Debris was flying everywhere.”

When the storm passed, Maldonado said he immediately went to help neighbors who were in the dark and calling for help.

“We got a phone call about what happened with my friends here so we ran over here to help them out. We also helped the people on the second floor. They were stuck up there, kids and everything up there,” Maldonado recalled. “We found two gentlemen who were really really hurt and I got the firemen to help them out.”

Dozens of homes were damaged or destroyed. The entire second floor of Perdue’s home was almost gone.

“You can literally see right through my bedroom into her’s [daughter’s] all the way out the back,” he said. “It was rough. I’m just really glad that my brother came by with his truck and got us out but I had to run all the way down…. it was.. ugh.. talk about a night.”