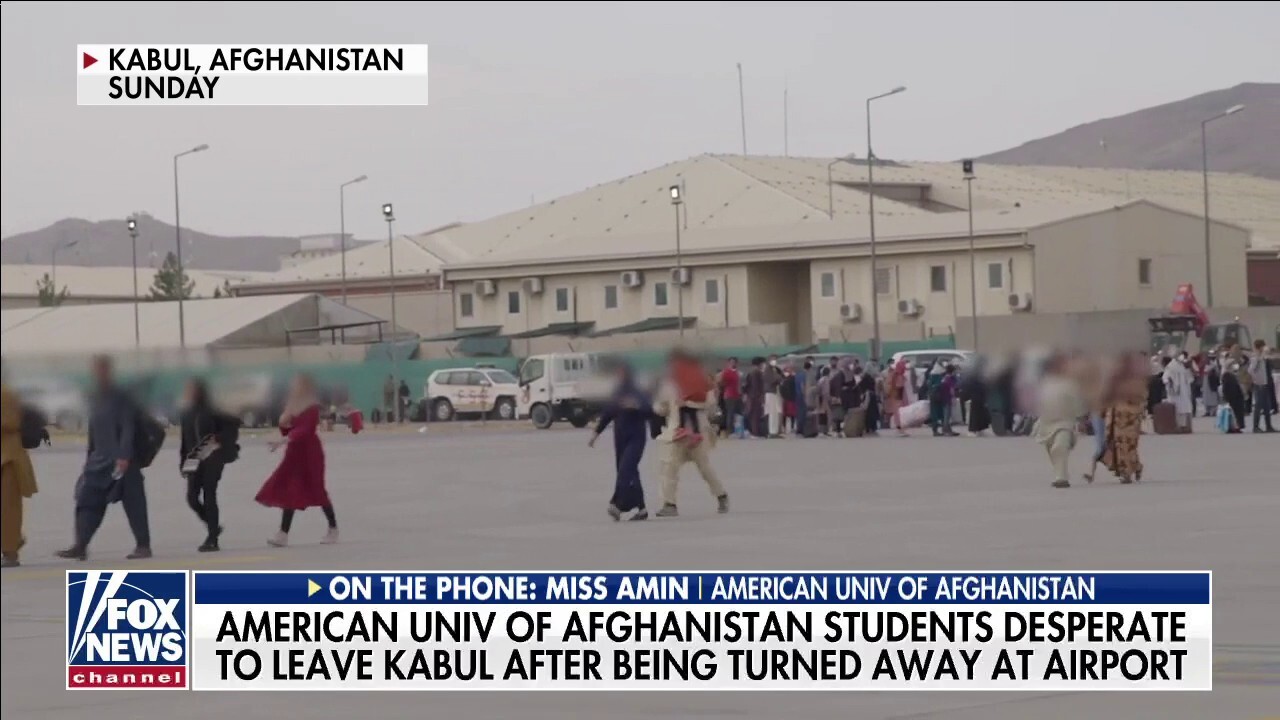 Hundreds of students from the American University of Afghanistan met at a safe house, after receiving an email from the university informing them that they were set to be evacuated by plane from the country. The trip, however, did not go as planned, two of the students told “Fox & Friends First.”

“That morning we received a mobilization email regarding our immigration process,” said a female student who wished to be identified only as Miss Amin.

“When we reached the vicinity of the airport, we were notified about the cancelation of the operation. The airport gates were closed. There were no rescue flights for us,” she said Tuesday.

“It was really this disappointment. We really thought that we are going to have a future and finish our studies. It really kills us inside,” she said.

The American University of Afghanistan was opened in 2006 with a grant from the U.S. Agency for International Development, spearheaded by then-first lady, Laura Bush. As of January 2020, the school enrolled around 850 students, 42 percent of them women. Then, in 2016 the Taliban attacked the campus, killing 15 people, including seven students.

“Their dreams of progress and peace in Afghanistan will not be stifled by cowards who use violence in an attempt to instill fear,” said the former First Lady, in a statement addressing the attack, “armed with their education, these young men and women will continue to transform their country.”

The students in the university say they are in a particularly vulnerable position.

“I’m a U.S. student, and so everyone in our society knows,” said Miss Amin.

One of her classmates, a male student, spoke to “Fox & Friends First” under the condition of anonymity and echoed Miss Amin’s sentiment,

“Like every other student, I feel terrified and devastated,” he said.

Ian Bickford, the president of the university, said on CNN Tuesday that the students’ information was not shared with members of the Taliban.

“Our busses never even approached the point of the Taliban checkpoint,” he said, “and so there’s no reason to believe that any list of names, passport numbers, numbers or other identifying information was passed to the Taliban.”

For now, the students and their families are in undisclosed locations in Afghanistan, waiting for news of a new plan to exit the country.

“We want our story to reach the [State Department] and Congress, so they know the urgency of getting us evacuated as soon as possible,” the male student told Fox News after the interview.

“We are living a nightmare right now where there is no hope for a future. We have destroyed everything, every single document that we have gotten from university. It’s so hard to destroy your achievements. We [are] left with nothing.”