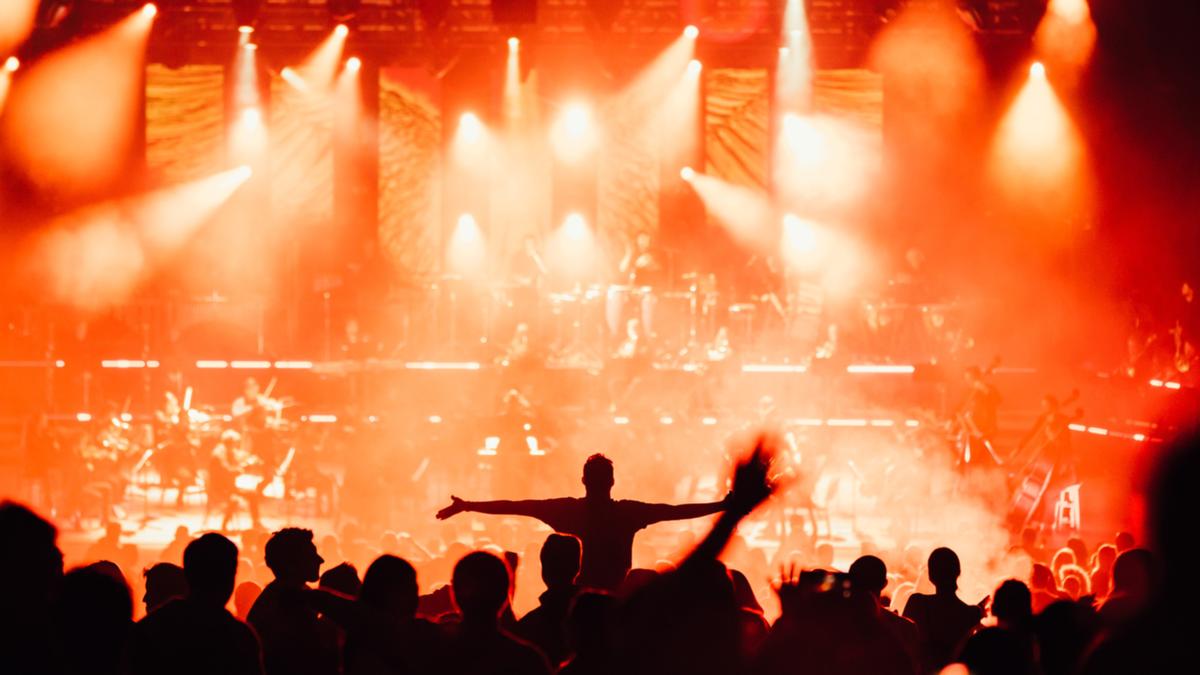 ‘Synthony’ is more than just a good pun.

And now, the arena spectacular is heading to Sydney – for a post-lockdown musical celebration unlike any other.

The show was born in New Zealand, and consistently sells out massive rooms. That success carried across the ditch, starting in 2019, in Brisbane and down the east coast.

‘Synthony’ will showcase the biggest dance anthems from icons such as: Avicii, Eric Prydz, Fatboy Slim, Fisher and Faithless.

The popular show will be backed with the full might of the 60+ piece Metropolitan Orchestra in Sydney, along with star Conductor: Sarah-Grace Williams.

Sarah-Grace is a musical force to be reckoned with. And a very accomplished one at that.

A Churchill Fellow, Sarah-Grace Williams is the Founding Artistic Director & Chief Conductor of The Metropolitan Orchestra.

Over the past decade, Sarah-Grace has conducted more than 500 performances and has collaborated with serious performers such as José Carreras, Elaine Paige, Jack Liebeck, Teddy Tahu Rhodes, Lisa Gasteen and Anthony Warlow.

But the superstar conductor told 7NEWS.com.au that the ‘Synthony’ shows are some of the most fun she’s ever had. The musicians aren’t the only ones playing their hearts out on stage.

“I can really go to town with my performance as a conductor. There’s a bit of showmanship up there, for sure.”

And that will be needed. The music is a reimagining of classic dance anthems – but performed by serious musicians. It’s a marriage that Sarah-Grace says is perfect.

“I love all music. I love all kinds of music. When I choose to listen to music, I listen to all different sorts.

Sarah-Grace says her philosophy, especially with these ‘Synthony’ concerts, is to break down barriers people may have when thinking about orchestral music.

“I want to stop people thinking ‘I don’t know the rules about going into an orchestra. I don’t know when to clap, so I don’t think I should go’.

“It’s always been a pet hate about our world of mine for a long time.

“Any way we can go about breaking down barriers and say, look, if you like music, come along to an orchestral concert and you’re going to love it.”

But Sarah-Grace is quick to point out that the ‘Synthony’ show is about much more than a star conductor.

“The magic of ‘Synthony’ is it’s about the show, the collective.

“It is so, so perfectly put together.”

Joining Sarah-Grace and The Metropolitan Orchestra in Sydney are some massive names in Australian dance music.

The show is unlike anything else and not to be missed,

Orchestral music for a whole new audience. Nothing wrong with that.