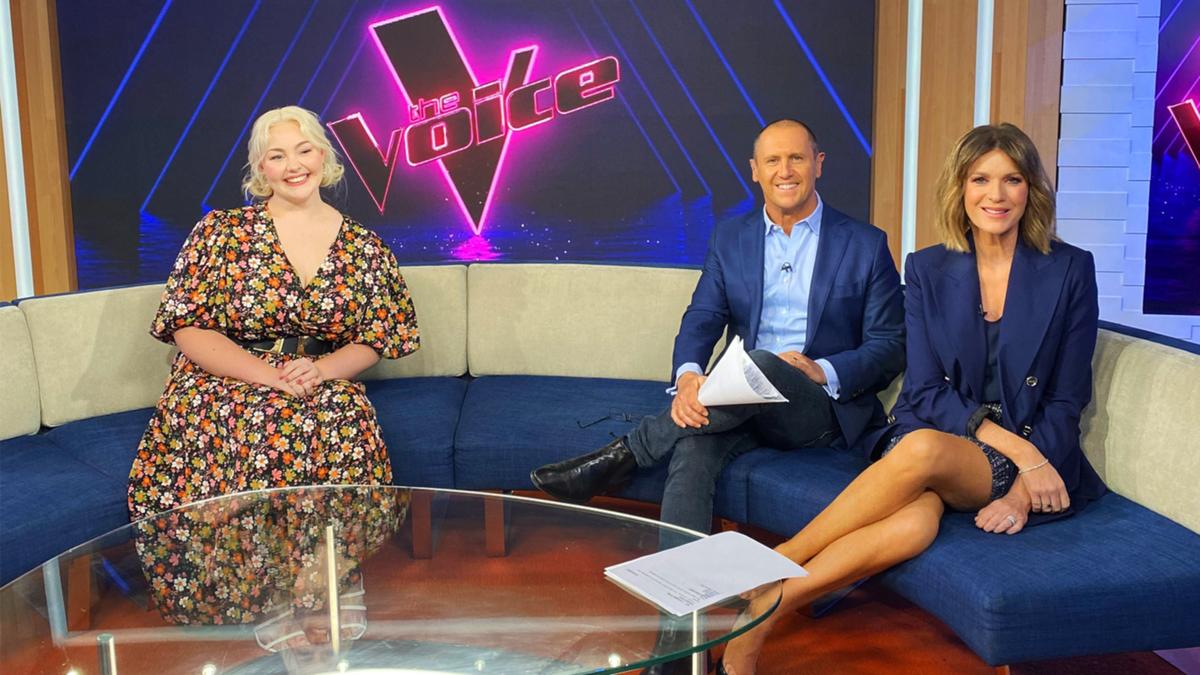 Bella Taylor Smith has been on cloud nine since winning the final of The Voice Australia after beating out Arlo, G-Nat!on and Mick.

One month on from her big win, the powerhouse singer joined The Morning Show to reveal what she has been doing since she took out the life-changing win, as well as discuss her upcoming tour with Voice coach Guy Sebastian.

Bella started off by telling hosts Kylie Gillies and Larry Emdur about the moment she discovered that the $100,000 prize money had been deposited into her account.

“I was actually at Priceline and I went to go and transfer myself money to buy something and it had hit my account and I was like …” the singer said, relaying her look of surprise.

“The register lady was like ‘are you OK?’ and I was like …” said Bella displaying a huge grin.

Winning The Voice also gave Bella a recording contract and she revealed that she has been working on new material.

“I’ve been writing lots which is so exciting to be able to release music that represents me and I enjoy singing and performing, I’m so happy to be doing it,” she explained.

Bella said she was still continuing her work as a singing teacher to young students while she prepared to support Guy Sebastian on his upcoming national tour.

The singer said she enjoyed duets, such as the one she performed with Sebastian on The Voice.

“I think singing with Guy, especially The Prayer … was magical for me, so I’ve never had an experience like that, singing with someone like that. So that was really special,” she said.

Ahead of the next season of The Voice, Bella offered some advice for budding singers who may be contemplating auditioning for the show.

“I think just as long as you be yourself, and you go in knowing that you can get as much out of the experience as you can and just take it one step at a time, you’ll have a blast.

“The team’s amazing and you’ll meet amazing artists in Australia as well, so that’s special,” she said.

Catch up on The Voice Australia grand final at 7Plus