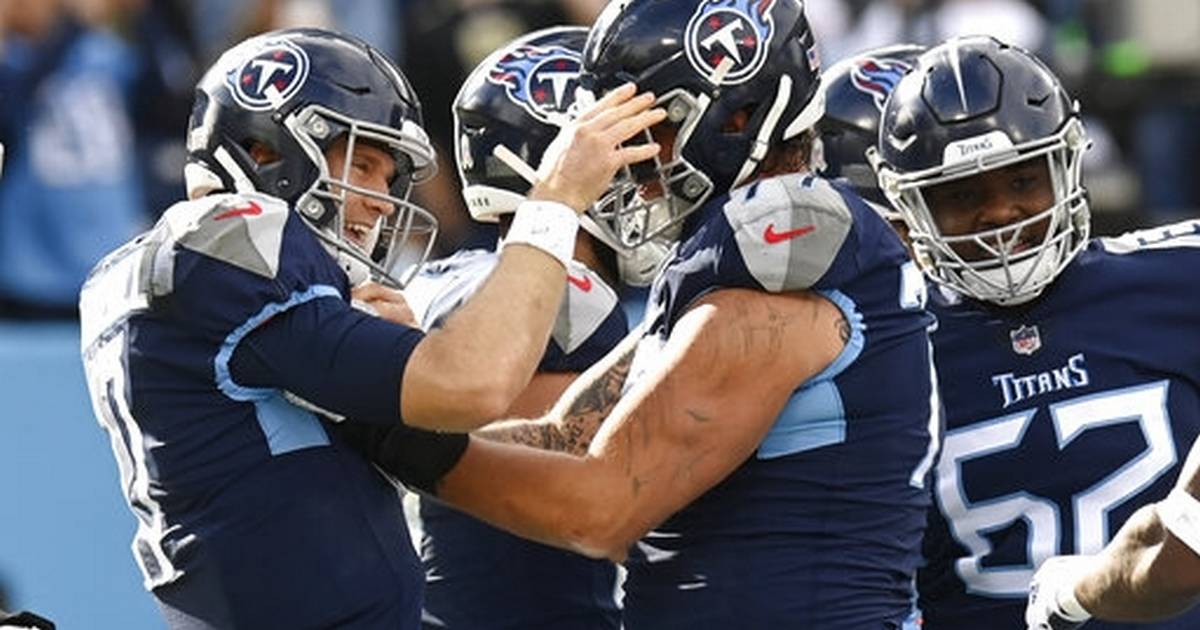 NASHVILLE, Tenn. — The Tennessee Titans want to stack up wins, not style points.

On a day quarterback Ryan Tannehill battled a stomach bug that had him feeling ‘bad’ when he woke up, the Titans found yet another way to do just that, extending the NFL’s longest active win streak to six games.

Tannehill ran and threw for touchdowns as the Titans held off the New Orleans Saints 23-21 Sunday to become the second NFL team to win five straight over playoff teams from the season before. They joined the 2003 Philadelphia Eagles, though Tennessee is 7-0 overall against 2020 playoff teams this season.

‘They do know how to win, and I’m thankful for that,” coach Mike Vrabel said of his Titans (8-2).

The Saints (5-4) dropped their second straight since losing quarterback Jameis Winston to a season-ending ACL injury.

‘Disappointing loss,’ a curt Saints coach Sean Payton said afterward. ‘I thought we came in with a good plan. We fought hard. That’s what makes it difficult. Just in the end, too many little things.”

Against the Titans, they also played without a trio of starters in four-time Pro Bowl running back Alvin Kamara because of an injured knee, left tackle Terron Armstead (knee and shoulder injuries) and defensive back C.J. Gardner-Johnson (foot), just put on injured reserve.

The Saints, who outgained Tennessee 373-264, still had a chance to tie late.

Trevor Siemian, the Titans’ designated survivor QB for part of last season, threw a 15-yard TD pass to Marquez Callaway with 1:16 left, pulling the Saints within 23-21. But Adam Trautman was flagged for a false start, pushing the Saints back to the Titans 7 on the 2-pointer.

‘Obviously, it changes the play when you’re on the 2 and you go to the 7,’ Payton said.

Siemian’s pass to his first read Mark Ingram at the right edge of the end zone was incomplete, with Titans cornerback Jackrabbit Jenkins defending. That was the Saints’ eighth straight failed 2-point conversion over several seasons.

‘I’ve got to get him a better throw or extend the play,’ Siemian said.

The Titans recovered the onside kick to seal their tightest victory yet in what wound up their lowest scoring game in a win this season.

‘Obviously we got to clean some stuff up, but I’m never going to apologize for a win,’ Tannehill said.

The Saints could have been in position to kick the extra point for the win if kicker Brian Johnson hadn’t missed two extra points earlier. Johnson did kick a 20-yard field goal with 5:33 left to pull New Orleans within 23-15, but the Titans stopped the Saints on five plays with goal to go trailing 23-12.

The AFC-leading Titans had some luck extending their streak.

A slight roughing-the-passer penalty on linebacker Kaden Elliss wiped out Tannehill’s interception in the end zone by safety Marcus Williams, and he later scored on a 1-yard sneak for a 13-6 lead. Tannehill also fumbled a snap at the end of the third quarter, and receiver A.J. Brown recovered for a 6-yard gain and a first down.

Dylan Cole stripped Deonte Harris of the ball on the opening kickoff of the third quarter to set up Tannehill’s 2-yard TD pass to MyCole Pruitt. That prompted fans to start volleying a beach ball around the lower bowl on the Tennessee sideline.

The ball disappeared as the Saints kept getting the football back in the fourth quarter.

Ingram scored on a 13-yard run late in the third period to start the comeback, pulling New Orleans within 20-12.

The Titans placed seven-time Pro Bowl receiver Julio Jones on injured reserve Saturday, and Brown was held to only one catch for 16 yards on the wildcat with Adrian Peterson handing off to Tannehill. Marcus Johnson came through with five catches for 100 yards.

Ingram became the Saints’ all-time leading rusher in the third quarter. This was his third game since New Orleans traded with Houston to bring him back. The three-time Pro Bowl running back topped Deuce McAllister’s franchise mark of 6,096 yards that had been the record since 2008.

He passed McAllister with his ninth carry, a 6-yarder midway through the third quarter. Ingram needed only 20 yards, and he finished with 47 yards on 14 carries. Ingram also caught four passes for 61 yards.

Saints: WR Ty Montgomery II went to the locker room late in New Orleans’ second series of the game with an injured finger. He didn’t return. ‘That really impacted some of the stuff we were going to do,’ Payton said.

Titans linebacker Bud Dupree, their biggest free agent signee this offseason, went to the locker room early with an abdominal issue and was declared out. Both OT Taylor Lewan and linebacker Ola Adeniyi dealt with cramps but returned.

The Titans host the Houston Texans next Sunday.