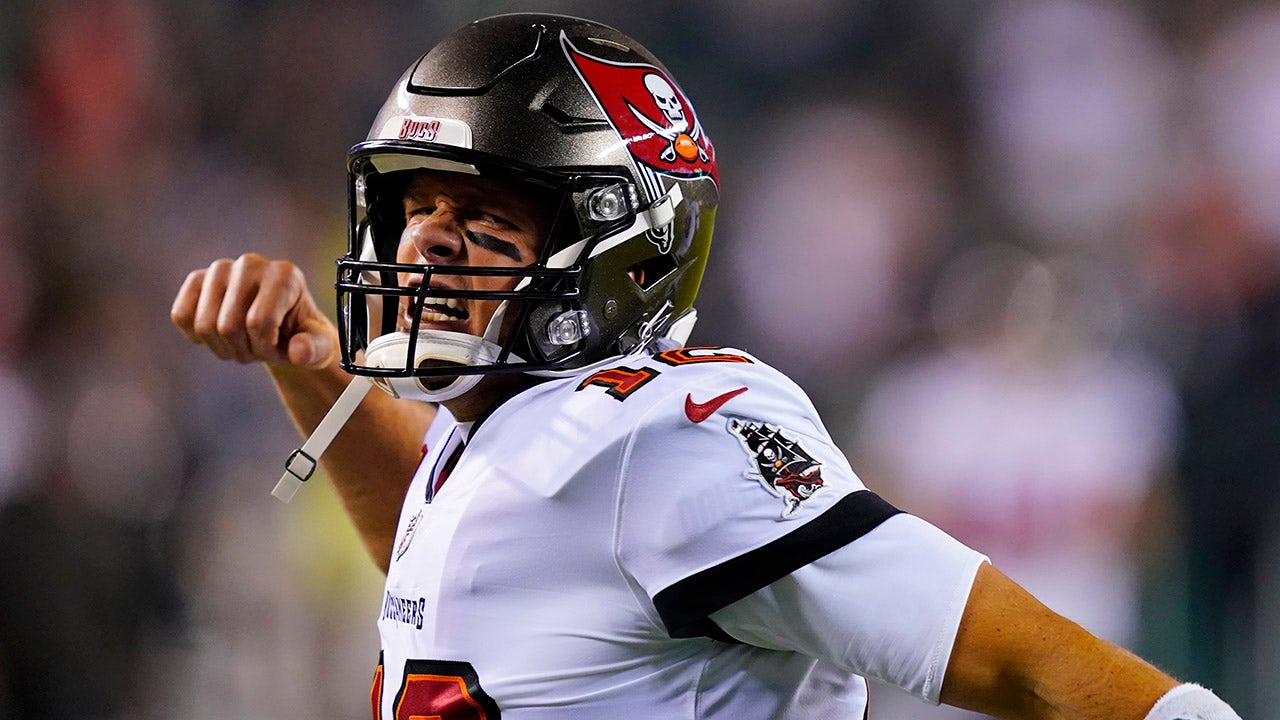 Tom Brady potentially playing football into his 50s has been an idea being talked about since last season when he started to thrive with the Tampa Bay Buccaneers.

Brady proved last season that age is just a number when he led the Buccaneers to a Super Bowl title. Before Thursday night’s victory over the Philadelphia Eagles, Brady told Andrea Kremer and Hannah Storm he could play well into his 50s.

Tampa Bay Buccaneers quarterback Tom Brady (12) looks to pass during the first half of an NFL football game against the Philadelphia Eagles on Thursday, Oct. 14, 2021, in Philadelphia.
(AP Photo/Matt Slocum)

“I really think I can play as long as I want,” he told the legendary sportscasters. “I could literally play until I’m 50 or 55 if I wanted to do. I don’t think I will obviously… my physical body won’t be the problem. I think it’ll just be, I’m just missing too much of life with my family.”

Even Bill Belichick believes Brady could play until he’s 50. The coach was asked last month in a radio interview about Brady playing into his 50s after the Bucs quarterback made the assertion that he thinks he could play until then.

“I’m sure Tom would know better than anybody, so if anybody can do it, it’s him,” Belichick said.

Tampa Bay Buccaneers quarterback Tom Brady shouts as he runs onto the field before an NFL football game against the Philadelphia Eagles, Thursday, Oct. 14, 2021, in Philadelphia.
(AP Photo/Matt Rourke)

Brady made the comment ahead of his five-touchdown performance against the Atlanta Falcons. He and teammate Rob Gronkowski answered the internet’s burning questions in a taped segment for the team. Both players were wearing reflective sunglasses and Brady was in a bucket hat.

“Wow, seems to be a really hot question lately,” Brady said. “’Can Tom Brady play till 50?’ Like, 50 years old. I don’t find it so difficult, and plus living in Florida it’s kind of a retiree state. I feel like I can just play and glide into retirement. I think I can, I think it’s a yes.”

On Thursday, Brady finished 34-for-42 with 297 passing yards and two touchdown passes. He threw his first interception since the first week of the season. The interception ended a streak of 227 consecutive pass attempts without a pick. He had touchdown passes to O.J. Howard and Antonio Brown.