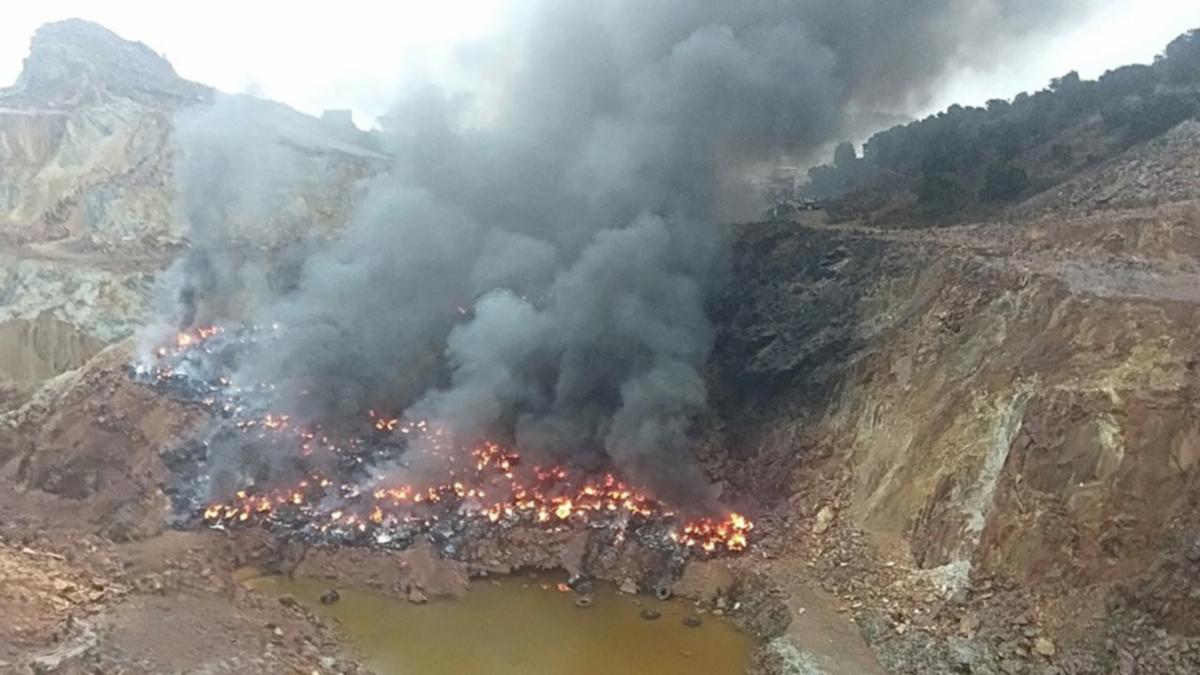 About 2000 tyres have caught alight in a 500-metre deep gully of a mine on Tasmania’s west coast, with fire crews expecting them to burn for several days.

The Tasmania Fire Service was called to the Mount Lyell mine in Queenstown around 12.30am on Friday.

The cause of the fire has not been determined due to access difficulties.

“The fire is expected to burn for several days until it self-extinguishes,” the TFS said in a statement.

“The incident has now been handed over to mine management and the local council to monitor and TFS crews are leaving the scene.”

An alert is in place advising people in the area to stay indoors, keep windows and doors closed and wear masks outside should the wind direction change and push smoke towards Queenstown.

The Environmental Protection Authority has been notified of the fire. Both car and truck tyres are ablaze.