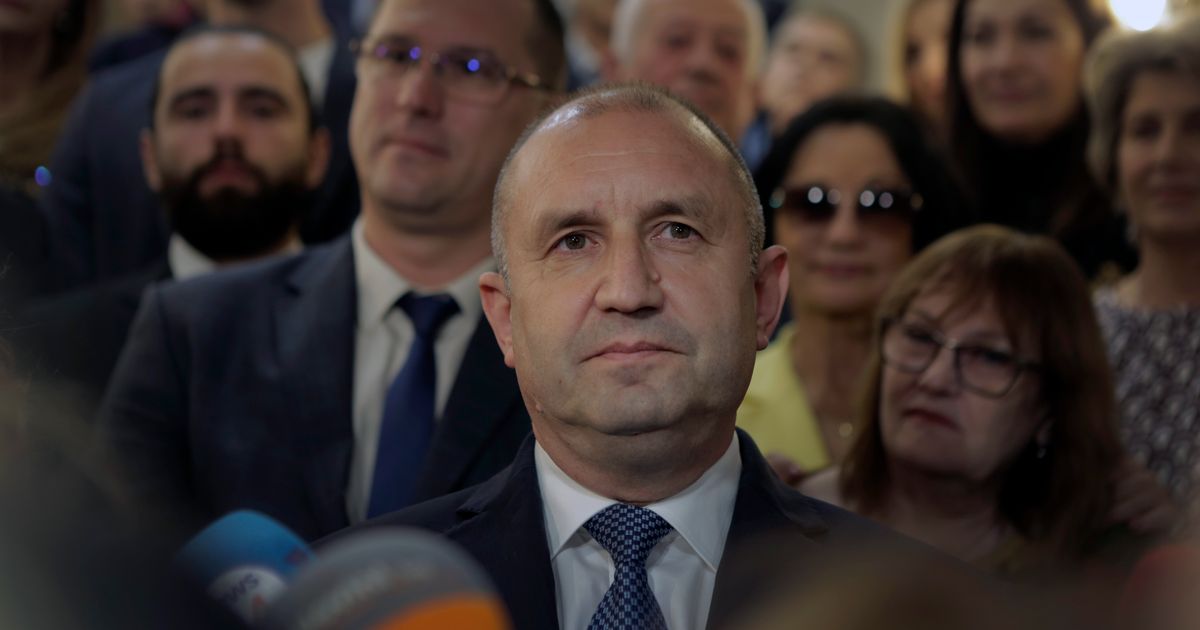 SOFIA, Bulgaria (AP) — A day after Bulgarian President Rumen Radev secured his second term with a landslide victory in a runoff election, he drew criticism from the country’s main NATO partner on Monday for his remarks about the status of the Crimean Peninsula.

In a statement, the U.S. Embassy in Bulgaria voiced “deep concern” over Radev’s recent comments in which he referred to Crimea as Russian.

The peninsula was annexed by Russia from Ukraine in 2014, and NATO and the European Union both consider it still to be part of Ukraine.

In a presidential debate with his center-right opponent Anastas Gerdzhikov last Thursday, Radev insisted upon having pragmatic ties with Russia, adding that the EU should restore its dialogue with Moscow.

“The sanctions that were imposed because of Crimea and Ukraine are not yielding results,” Radev said. He said the Crimean Peninsula was “currently Russian,” adding, “What else can it be?”

These remarks had already prompted protests from the Ukrainian government.

“The United States, G-7, European Union, and NATO have all been clear and united in our position that, despite Russia’s attempted annexation and ongoing occupation, Crimea is Ukraine,” the U.S. embassy said.

“All of us, including Bulgaria, declared at the Crimea Platform Summit in August that Crimea is an integral part of Ukraine and that we do not and will not recognize Russia’s efforts to legitimize its illegal seizure and occupation of the peninsula,” the statement said.

Bulgaria is very divided in its loyalties. While it belongs to NATO and the EU, many Bulgarians still feel a cultural and historical affinity with Russia. The Black Sea country remains heavily dependent on Russian energy and has been exposed to growing tensions between Russia and the West.

With nearly all ballots counted, Radev had 66% of the votes in the runoff election, the country’s central electoral commission said on Monday.

His opponent, Anastas Gerdzhikov, conceded defeat and congratulated Radev, who will begin his second term on Jan. 22.