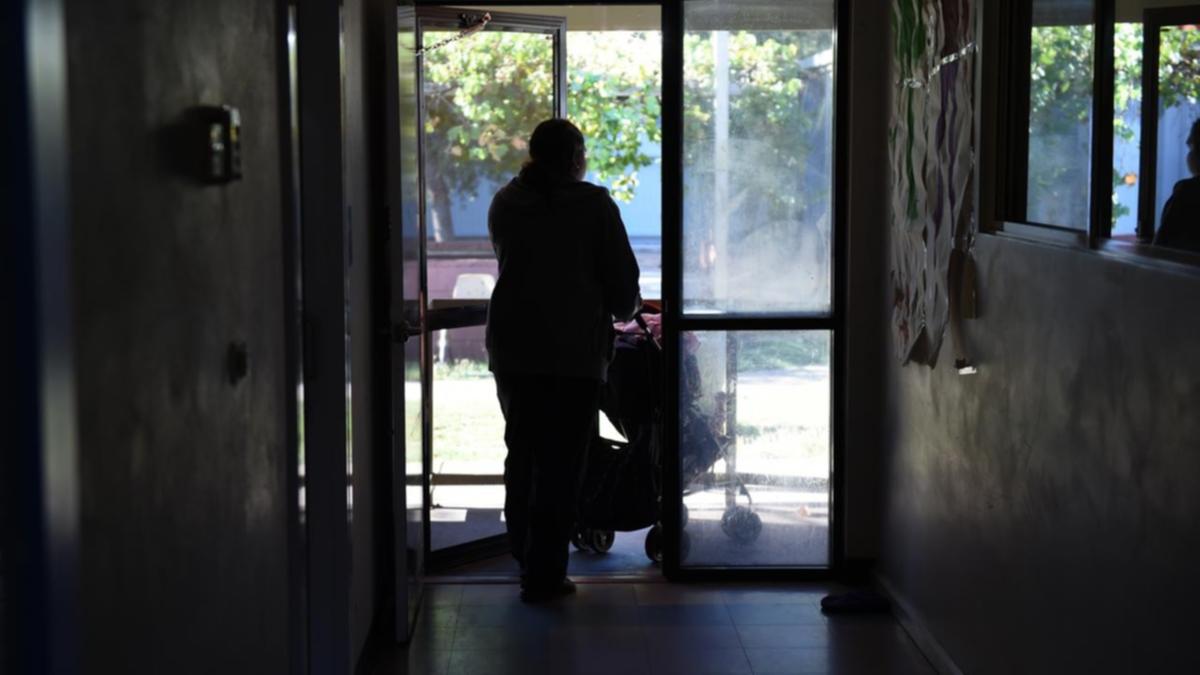 After a brief honeymoon period, a woman’s new partner became abusive and drove her from her home and into crisis accommodation for months.

Kelly Wilton, a mother of four from Adelaide, lived in a motel paid for by a homelessness charity until recently, and her story is part of a broader crisis affecting almost 50,000 Australian women every single night.

Wilton told AAP things with her former partner were “happy” and “calm” during their “honeymoon period”.

However, she said their relationship “just changed” and quickly became “awful”.

After making the decision to leave her partner, she contacted the Homelessness Gateway, who found her housing in a motel for 100 days.

“It was very lonely,” she said. “You feel very isolated.”

“During that time, we had some lockdowns and so you’re stuck in the hotel room, you can’t do anything, (you) could not cook.”

“We need a place for children, that’s children-friendly,” she said.

“Not just a car park out the front of your room.”

She said she missed the simple things like being able to “cook a meal and sit down with your children and eat it”.

The mother of four has now moved to a different part of Adelaide.

She said since leaving, she has lost a lot of her support network and does not get to see her family as often.

While she still lives with one of her children, she sees the other three less frequently.

Wilton said her daughter “went through it all with me” and helped her to cope through the ordeal.

A survey released on Thursday found 73 per cent of Australian women will have their vote influenced by the political party committed to homing women in unsafe housing.

The survey results come from an exclusive poll conducted by Are Media and a coalition of groups including Homelessness Australia, Homelessness NSW, The Women’s Housing Company, The Equanimity Project, Lokahi Foundation and Full Stop Australia.

The groups launched the Unhoused campaign to push political parties to commit $7.6 billion to addressing the crisis, which sees 49,000 women homeless every night in Australia.

The $7.6 billion figure is the cost of delivering 16,810 new social housing units for homeless women, providing an immediate economic benefit of 15.3 billion and save $122.5 million in the cost incurred from women who return to violent partners.

The recommendations were made in the Equity Economics ‘Nowhere to Go’ report from 2021.

The poll also found eight in ten people, 86 per cent, think the federal government is not doing enough to provide emergency or long term housing for homeless women.

More than a third of people also believe they could become homeless due to issues like domestic violence, financial hardship, divorce, losing their jobs or mental illness.