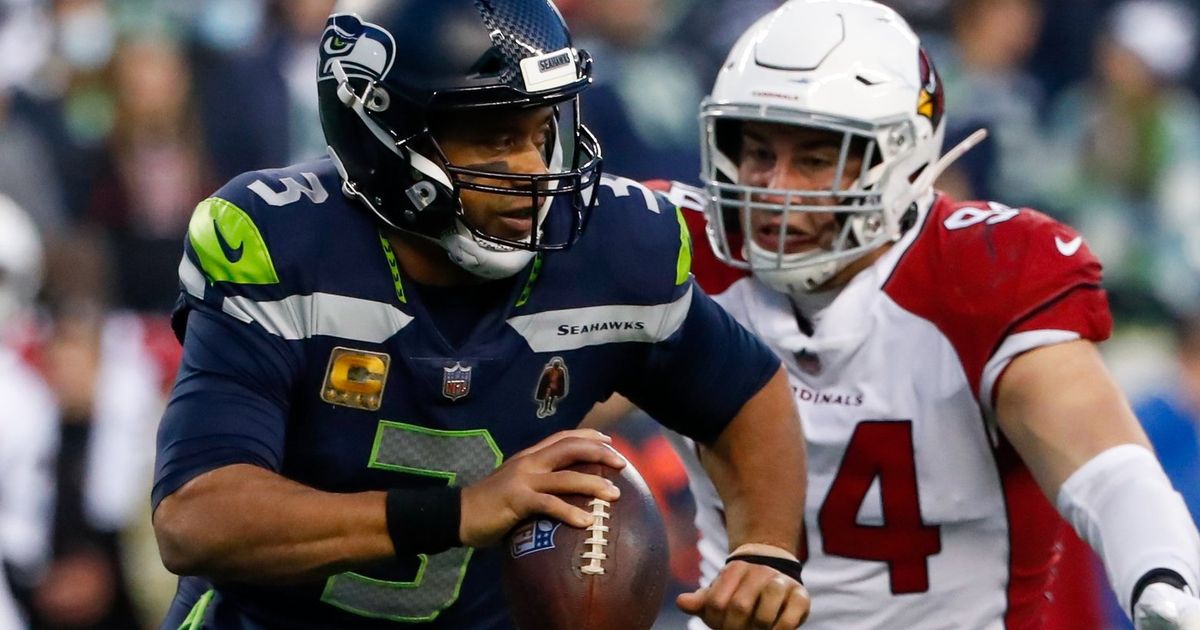 They found rock bottom, these Seahawks, in Green Bay a week ago.

For the Seahawks offense, shut out for the first time in a decade, the frustration mounted to the point that DK Metcalf got into an altercation with half of the Packers defense late in the loss at Lambeau Field.

A week later, back home in a have-to-have-it game against a division rival, Seattle’s offense showed little fight — and even less flair — in another abysmal performance.

“It’s disappointing,” Russell Wilson said. “But I also know that every guy in that locker room has the right intentions and hope and dreams and belief that we can fix it. And we will fix it.”

Wilson, in his second game back from his monthlong stint on the injured list, was erratic and unpredictable and, in the end, ineffective again Sunday. He again refused to use his surgically repaired right middle finger as an excuse, and quickly brushed off a question about “rust” after his extended absence.

The Seahawks’ biggest problem, once again, was third down. They converted just 2 of their 10 third-down plays, and because of that they held possession for a mere 19 minutes, 38 seconds.

They finished with just 266 yards of offense, and 85 yards on the ground. Their desperate search for answers grows darker by the day, and with a 3-7 record as Thanksgiving arrives, they’re just about out of time to find any suitable solutions.

What is Wilson not doing now, coach Pete Carroll was asked, that he had been doing before his injury?

“I don’t have an answer for that. I don’t know,” Carroll said. “We’re not getting our chances at making the plays and the opportunities and all. You saw us; we were trying to run football to give us some rhythm to play off of it. But you still got to convert on third down. We didn’t get it done.”

Wilson finished 14 for 26 for 207 yards with no touchdowns and no turnovers. He was sacked four times. He was easily outplayed by Colt McCoy, Arizona’s backup, who threw for 328 yards and two TDs.

“To go through all this, you know, it’s been a challenge so far this year,” he said. “We’re up against it a little bit, and if anybody likes being up against I’m OK with it. What this team’s going to get from me is everything I got, every day, every moment, every second, like I always have. I lay it on the line every play, no matter what the score is, no matter what the circumstances are.

“I’ve had harder days too. This is pretty hard day — this is a hard couple of weeks or whatever, just because we’re feeling it right now. And we know that we’re up against it.”

The Seahawks entered the fourth quarter trailing 16-6, at which point they had gone seven full quarters now without a touchdown — with a streak of 20 offensive drives without reaching the end zone.

They finally broke through midway through the fourth quarter on a typical quick-strike drive, ending with a DeeJay Dallas 2-yard touchdown run to pull Seattle within 16-13.

Arizona then put the game away with a nearly 5-minute drive, closed out by James Conner’s 1-yard TD run with 2:20 left.

Wilson struggled again to connect with Metcalf, his star receiver. Metcalf finished with four catches, on eight targets, for 31 yards. They just missed out on a touchdown in the second quarter — Metcalf appeared to make a terrific one-handed grab, but one foot was ruled out of bounds.

Wilson also unleashed a deep shot for Metcalf in the second half, into double coverage. The ball appeared to deflect off Metcalf’s chest, incomplete.

Clearly, the Seahawks are trying to get Metcalf more involved.

Clearly, it isn’t working, on many fronts.

“We’ve got to be better. That’s the truth,” Wilson said. “The truth, too, is we are better than what we’ve been playing. And the truth is that we also believe in that we can be better as a collective group. And the truth is, we got seven games ago. And we’ll see what happens.”