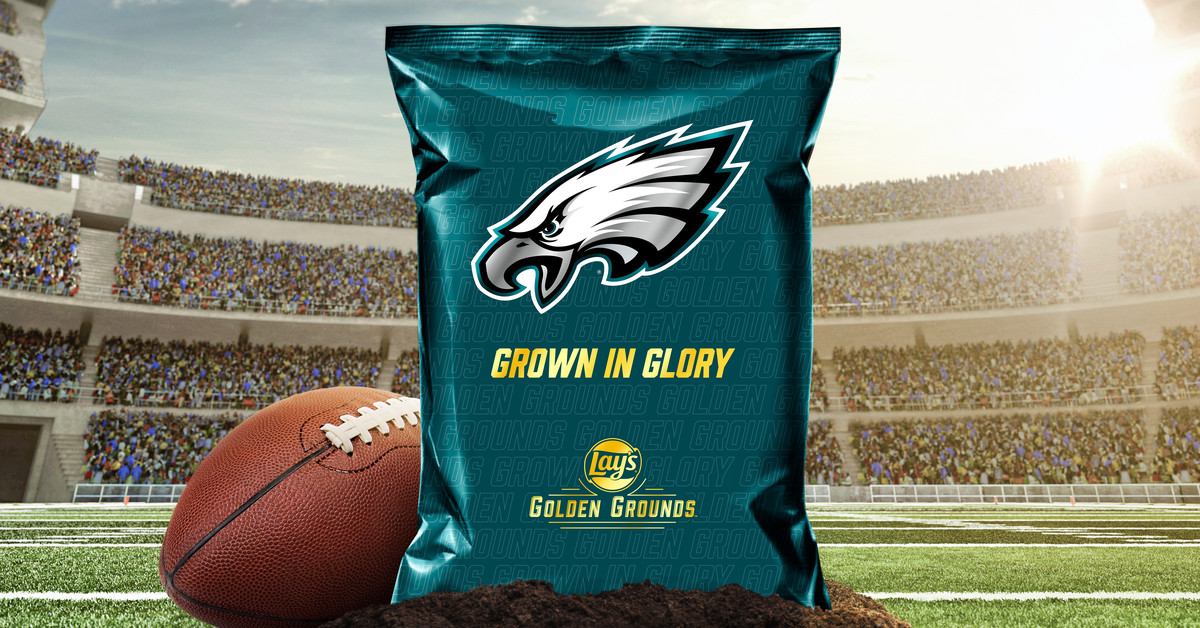 Fans of the 9-8 Philadelphia Eagles are an extremely superstitious bunch, so much so that there’s an entire It’s Always Sunny episode about our belief that any repeated action taken on game day will guarantee an Eagles win. (It works, so keep doing it.) But are Eagles fans superstitious enough to believe that Lay’s chips made from potatoes grown in the same dirt as Lincoln Financial Field will help the team win Sunday’s game against the Tampa Bay Buccaneers? Only one way to find out.

Around this time of year, brands start to up the ridiculous marketing stunts in anticipation of the Super Bowl, when football fans will be more likely to buy chips, beer, and trucks. In 2022, Lay’s has taken that directive to the next level, hiring three-time Super Bowl-winning 49ers former wide receiver Jerry Rice to promote Golden Grounds, a limited-edition chip that is supposedly made by planting potatoes in a field mixed with dirt taken straight from the fields of NFL teams like the Eagles. “To thank the fans who stayed golden through the good times and the bad times, Lay’s went where no chip has gone before.” Fans may tweet at the Lay’s Twitter account to be entered into a sweepstakes to win a bag for themselves.

Eater Philly was sent a bag of these hallowed Lincoln Financial Field chips, and without spending too long wondering how much these chips might be worth on eBay in 20 years, ripped them open to do a taste test. Would eating a handful of Golden Grounds chips give the Eagles the superstitious support they need to take home a big win against noted Eagles enemy Tom “Big Strawberry” Brady? Did the chips taste like victory? Was the flavor one of excitement, face paint, Swoop, hoagies, cheesesteaks, crab fries, tailgating, and trucks? Could the sensation of shouting from the stands in the Linc actually be felt in a bag of otherwise seemingly normal, plain-flavored Lay’s chips? Could you hear the Eagles fight song sounding out triumphantly?

Roughly half of the NFL stadiums are turf, not dirt. When reached for comment about how — say — the Seattle Seahawks’s Golden Grounds chips were made, if not from the dirt on the actual field, a spokesperson for Lay’s said, “Lay’s worked with the various NFL franchises to secure soil straight from their beloved stadiums and fields. After they collected dirt from each team’s field or stadium grounds, they mixed it into their own section of the potato field, harvested them separately, and produced the chips separately — all to guarantee that each team’s chips were grown in the glory of their team’s grounds.”

Not a very satisfying answer, but at least there’s still chips. Go birds.