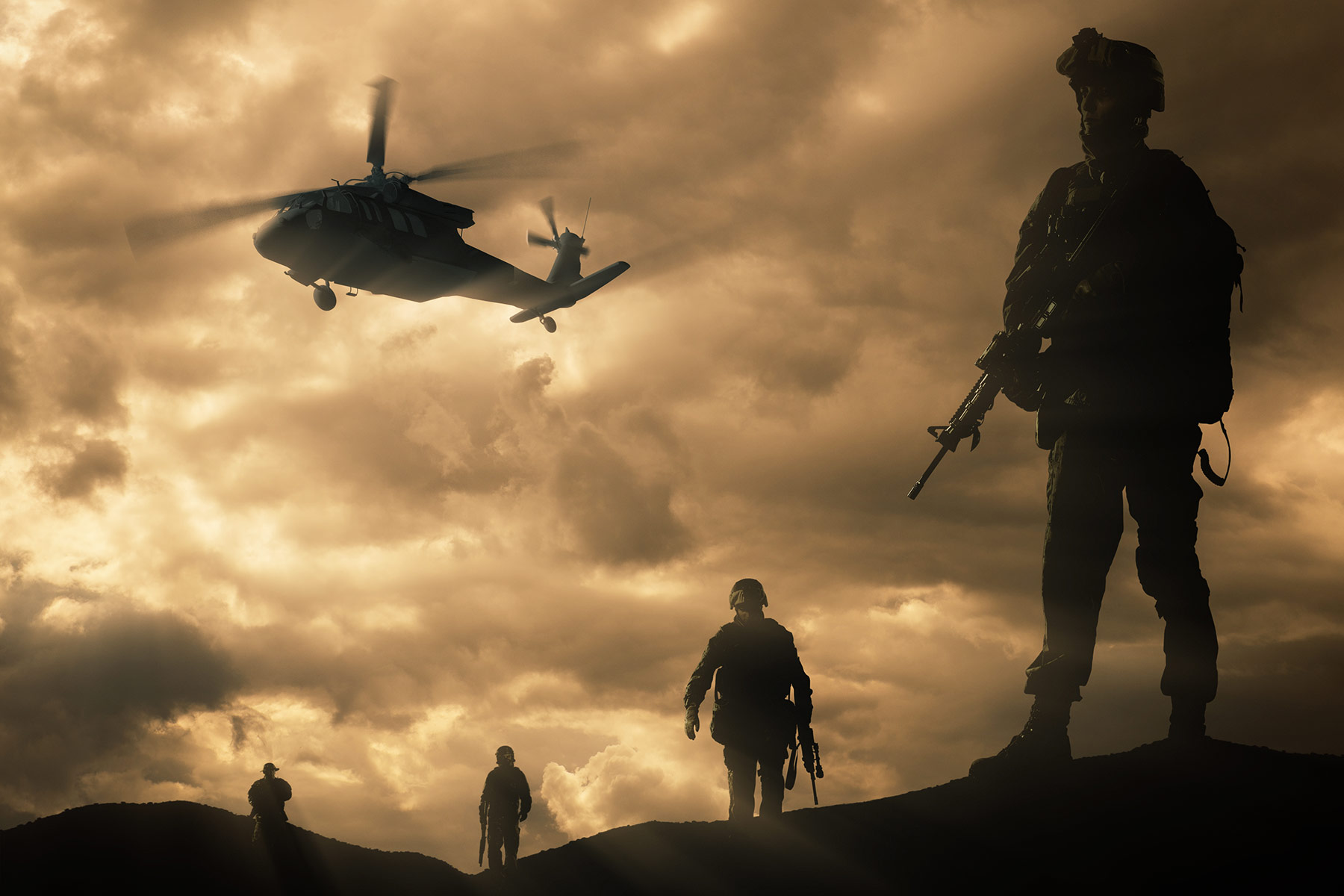 Americans have been shocked by reports of thousands of Afghans risking their lives to flee the Taliban, whose militants swept through Afghanistan and returned to power on August 15. This was followed by a suicide bombing claimed by the Islamic State in Khorasan Province (IS-KP) that killed at least 170 people, including 13 US troops. Some eyewitnesses told the BBC that “significant numbers” of those killed were shot dead by American and foreign forces.

Even as UN agencies warn of an impending humanitarian crisis in Afghanistan, the US Treasury has frozen nearly all of the Afghan central bank’s $9.4 billion in foreign currency reserves, depriving the new government led by the Taliban of funds it will desperately need in the coming months to feed its people and provide basic services. Under pressure from the Biden administration, the International Monetary Fund decided not to release $450 million in funds that were scheduled to be sent to Afghanistan to help the country cope with the coronavirus pandemic.

Afghanistan: A Final Nail in the Coffin of American Foreign Policy

The US and other Western countries have also halted humanitarian aid to Afghanistan. After chairing a G7 summit on Afghanistan on August 24, British Prime Minister Boris Johnson said that withholding aid and recognition gave them “very considerable leverage — economic, diplomatic and political” over the Taliban.

Western politicians couch this leverage in terms of human rights, but they are clearly trying to ensure that their Afghan allies retain some power in the new government and that Western influence and interests in Afghanistan do not end with the Taliban’s return. This leverage is being exercised in dollars, pounds and euros, but it will be paid for in Afghan lives.

US Spending in Afghanistan

To read or listen to Western analysts, one would think that the United States and its allies’ 20-year war in Afghanistan was a benign and beneficial effort to modernize the country, liberate Afghan women and provide health care, education and good jobs, and that this has all now been swept away by capitulation to the Taliban. The reality is quite different and not so hard to understand.

The United States spent $2.26 trillion on its war in Afghanistan. Spending that kind of money in any country should have lifted most people out of poverty. But the vast bulk of those funds, about $1.5 trillion, went to absurd, stratospheric military spending to maintain the US-led military occupation, drop tens of thousands of bombs and missiles, pay private contractors and transport troops, weapons and military equipment back and forth around the world for 20 years.

Since the United States fought this war with borrowed money, it has also cost half a trillion dollars in interest payments alone, which will continue far into the future. Medical and disability costs for US soldiers wounded in Afghanistan and Iraq already amount to over $350 billion, and they will likewise keep mounting as the soldiers age. Medical and disability costs for both of those US-led wars could eventually reach another trillion dollars over the next 40 years.

So, what about “rebuilding Afghanistan”? Congress appropriated $144 billion for reconstruction in Afghanistan since 2001, but $88 billion of that was spent to recruit, arm, train and pay the Afghan “security forces” that have now disintegrated, with soldiers returning to their villages or joining the Taliban. Another $15.5 billion spent between 2008 and 2017 was, as per Al Jazeera, documented as “waste, fraud and abuse” by the US Special Inspector General for Afghanistan Reconstruction.

The crumbs left over, less than 2% of total US spending on Afghanistan, amount to about $40 billion, which should have provided some benefit to the Afghan people in economic development, health care, education, infrastructure and humanitarian aid. But, as in Iraq, the government the US installed in Afghanistan was notoriously corrupt, and its corruption only became more entrenched and systemic over time. Transparency International (TI) has consistently ranked Afghanistan as among the most corrupt countries in the world.

Western readers may think that this corruption is a long-standing problem in the country, as opposed to a particular feature of the US-led occupation, but this is not the case. TI noted that “it is widely recognized that the scale of corruption in the post-2001 period has increased over previous levels.” A 2009 report by the Organization for Economic Cooperation and Development (OECD) warned that “corruption has soared to levels not seen in previous administrations.” Those administrations would include the Taliban government that US and NATO invasion forces removed from power in 2001, and the Soviet-allied socialist governments that were overthrown by the US-supported precursors of al-Qaeda and the Taliban in the 1980s, destroying the substantial progress they had made in education, health care and women’s rights.

A 2010 report by Anthony H. Cordesman, a Pentagon official under Ronald Reagan, entitled “How America Corrupted Afghanistan,” chastised the US government for throwing gobs of money into that country with virtually no accountability. The New York Times reported in 2013 that every month for a decade, the CIA had been dropping off suitcases, backpacks and even plastic shopping bags stuffed with US dollars for the Afghan president to bribe warlords and politicians.

Corruption also undermined the very areas that Western politicians now hold up as the successes of the occupation, like education and health care. The education system has been riddled with schools, teachers and students that exist only on paper. Afghan pharmacies are stocked with fake, expired or low-quality medicines, many smuggled in from neighboring Pakistan. At the personal level, corruption was fueled by civil servants like teachers earning only one-tenth the salaries of better-connected Afghans working for foreign NGOs and contractors.

Rooting out corruption and improving Afghan lives has always been secondary to the primary US goal of fighting the Taliban and maintaining or extending its puppet Afghan government’s control. As TI reported, the US “has intentionally paid different armed groups and Afghan civil servants to ensure cooperation and/or information and cooperated with governors regardless of how corrupt they were… Corruption has undermined the U.S. mission in Afghanistan by fuelling grievances against the Afghan government and channelling material support to the insurgency.”

The endless violence of the US-led occupation and the corruption of the Afghan government boosted popular support for the Taliban, especially in rural areas where three-quarters of Afghans live. The intractable poverty of Afghanistan also contributed to the Taliban victory, as people naturally questioned how their occupation by wealthy countries like the United States and its Western allies could leave them in such abject poverty.

Well before the current crisis, the number of Afghans reporting that they were struggling to live on their current income increased from 60% in 2008 to 90% by 2018. A 2018 Gallup poll found the lowest levels of self-reported “well-being” that Gallup has ever recorded anywhere in the world. Afghans not only reported record levels of misery, but also unprecedented hopelessness about their future.

Despite some gains in education for girls, only a third of Afghan girls attended primary school in 2019 and only 37% of adolescent Afghan girls were literate. One reason that so few children go to school in Afghanistan is that more than 2 million children between the ages of 6 and 14 have to work to support their poverty-stricken families.

Yet instead of atoning for their role in keeping most Afghans mired in poverty, Western leaders are now cutting off desperately needed economic and humanitarian aid that was funding three-quarters of Afghanistan’s public sector and made up 40% of its total GDP.

In effect, the United States and its allies are responding to losing the war by threatening the Taliban and the people of Afghanistan with a second: economic war. If the new Afghan government does not give in to their “leverage” and meet their demands, our leaders will starve their people and then blame the Taliban for the ensuing famine and humanitarian crisis, just as they demonize and blame other victims of US economic warfare, from Cuba to Iran.

After pouring trillions of dollars into endless war in Afghanistan, America’s main duty now is to help the 38 million Afghans who have not fled their country, as they try to recover from the terrible wounds and trauma of the conflict that the US inflicted on them. This is coupled with a massive drought that devastated 40% of their crops this year and a crippling third wave of COVID-19.

The US should release the $9.4 billion in Afghan funds held in American banks. It should shift the $6 billion allocated for the now-defunct Afghan armed forces to humanitarian aid, instead of diverting it to other forms of wasteful military spending. It should encourage European allies and the IMF not to withhold funds. Instead, they should fully fund the UN 2021 appeal for $1.3 billion in emergency aid, which as of late August was less than 40% funded.

Once upon a time, the United States helped its British and Soviet allies to defeat Germany and Japan. The Americans then helped to rebuild them as healthy, peaceful and prosperous countries. For all America’s serious faults — its racism, its crimes against humanity in Hiroshima and Nagasaki and its neocolonial relations with poorer countries — it held up a promise of prosperity that people in many countries around the world were ready to follow.

If all the United States has to offer other countries today is the war, corruption and poverty it brought to Afghanistan, then the world is wise to be moving on and looking at other models to follow: new experiments in popular and social democracy; a renewed emphasis on national sovereignty and international law; alternatives to the use of military force to resolve international problems; and more equitable ways of organizing internationally to tackle global crises like the COVID-19 pandemic and the climate disaster.

The US can either stumble on in its fruitless attempt to control the world through militarism and coercion, or it can use this opportunity to rethink its place in the world. Americans should be ready to turn the page on our fading role as global hegemon and see how we can make a meaningful, cooperative contribution to a future that we will never again be able to dominate, but which we must help to build.