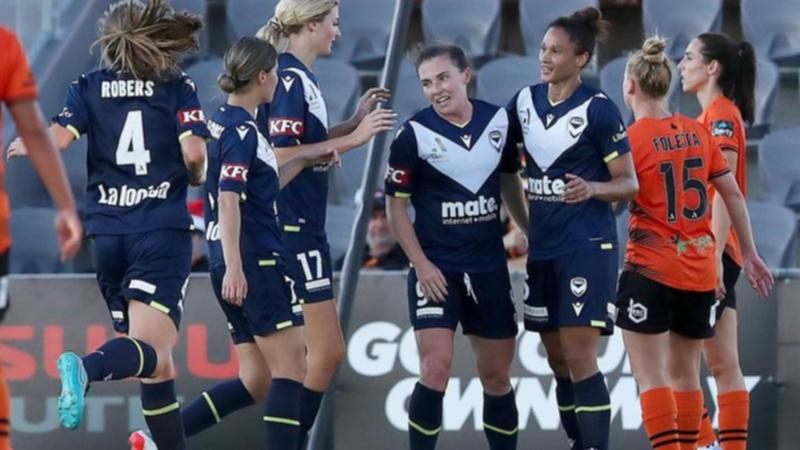 Providing leadership and guidance to young Melbourne Victory teammates such as Matilda Kyra Cooney-Cross is one of the ambitions of American international Lynn Williams during her short A-League Women loan spell.

The 28-year-old has joined on a short-term basis from her NWSL club North Carolina Courage but has already made an impact on the field.

After coming off the bench to score in last weekend’s derby win over Melbourne City, Williams started Saturday’s clash against Brisbane at Moreton Daily Stadium and scored one goal before setting up two more in a 3-2 win.

It marks a solid start to what Williams hopes will be a productive spell before her return to the United States in early January.

“Just getting to work on things that I don’t normally get to work on at home, taking players on, building confidence,” Williams told AAP about her ambitions for the loan stint.

“Being more of a leader, hopefully helping girls out in that way.

“Just whatever they need me to do. I’ll do.”

Victory have now won three from three to start the season and did so on Saturday without fellow star signing Alex Chidiac, who fell foul of Queensland’s restrictions on travellers from interstate who returned from Australia less than 14 days ago.

The 22-year-old will return to Victory’s lineup for their next clash, another derby with City on Boxing Day while Amy Jackson also comes back into contention after missing the Roar game due to suspension.

Victory have also added Francesca Iermano as a short-term injury replacement, though she didn’t feature against the Roar.