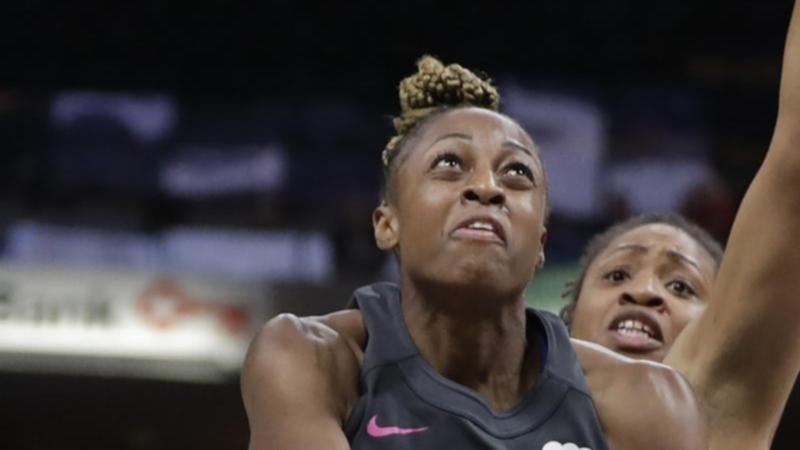 The Melbourne Boomers have made it two wins from as many WNBL games at the weekend after cruising past the Bendigo Spirit 81-56 behind a stellar performance by American import Tiffany Mitchell.

The Boomers were backing up after Saturday’s 87-72 victory over the Southside Flyers with fatigue a no-show as they ran away to win by 25 points in Bendigo.

Mitchell finished with a game-high 25 points on 10-13 shooting even after copping a blow to the face early in the contest, with the Spirit no match for the size and skill of a team that now goes to 3-1 on the season.

Eziyoda Magbegor chimed in 21 points of her own while the bench provided valuable rotations and minutes to see out their third double-digit win in 2021.

“I have a great group of girls with me. They’re patient with me – I’m only new here so just trying to fit in where I can,” Mitchell told Fox Sports on Sunday.

“Our bench was huge today but that’s what we work on in practice.

“So when it’s their chance to shine, they’re ready.”

Earlier on Sunday, an electric Adelaide Lightning registered their second win of the season with a comprehensive 26-point victory over the UC Capitals 88-62.

In the first fixtures of the weekend, the Boomers prevailed over last season’s champions the Flyers, as Cayla George and Lindsay Allen stuffed the stat sheet with 25 and 22 points respectively.

It was a scintillating contest for Allen who lit the game up from deep, bagging six of her nine attempts from three-point range.

Monique Billings finished with 21 points, nine rebounds and two assists backing up a 15 point double-double in her previous outing against Adelaide.

The American import had an efficient 88 per cent shooting night at the Townsville Entertainment centre while Nadeen Payne provided a bright spark off the bench with 18 points and eight rebounds of her own.